A Chronology of the UN The Revolutionary Steps to Global Tyranny & Joan Veon, UN

For I dipt into the future, far as human eye could see,

Saw the Vision of the world, and all the wonder that would be...

In the Parliament of man, the Federation of the world.

There the common sense of most shall hold a fretful realm in awe,

And the kindly earth shall slumber, lapt in universal law.

The roots of the United Nations -- the most visible part of the new global management system -- might be compared to the many deep and spreading roots of a tenacious vine. Some of the roots are short and shallow. Others are long and deep, firmly imbedded in powerful social, political and financial institutions in Europe and North America, which -- for various reasons -- shared Lord Tennyson's vision of a "federation of the world."

The tangled roots of this vine spread beneath the surface of public life until 1945, when delegates from 50 countries met in San Francisco to sign the UN Charter. Communist spy, Alger Hiss, co-authored that founding charter and served as the first acting UN Secretary-General. This initial glimpse of the global agenda should have raised a big red flag. But our war-torn world was already blinded by the well-publicized vision of a peaceable planet "lapt in universal law." Who dared oppose such a noble purpose?

Actually, many Americans did see the sign posts along the way, but their warnings were drowned out by the mainstream media's resounding praise. Small wonder! The 25 main U.S. newspapers had been bought by the banking goliath, J. P. Morgan -- one of the stronger stems in the vine's tangled root system.

The young vine grew fast and its branches spread throughout the world. The signs of political and social compromise multiplied. It was no secret that each consecutive socialist Secretary General -- Trygve Lie (from Norway but recommended by Russia), Dag Hammersjold (Sweden), U Thant (Burma), Kurt Waldheim (Austria), etc. -- sympathized with Communism and helped build an imposing web of international declarations and treaties ("soft" laws) that would overrule constitutional rights and domestic laws in America.

For decades only Communist leaders would fill the UN's highest military post, Under-Secretary-General for Political and Security Council Affairs. Fourteen of the fifteen men who held this vital post up until 1995 (and probably into the new century [2]) represented the USSR. The one exception was Dragoslav Protitich, a Communist from Yugoslavia. So when American soldiers fought Communism in Korea and Vietnam in partnership with the UN, the top UN military leaders were Communists. No wonder American soldiers fought two futile and deadly wars.

How could the public be so deceived? Part of the answer lies in subtle power of gradualism -- the incremental steps that function like the proverbial frog in the pot of slow-heating water. You become so used to gradual change that you hardly notice the next step.

Just as important is the grand vision of global peace, which burns in the heart of many idealists who have learned to hate war. These two -- vision and gradualism -- serve to both motivate and deceive the masses at the same time. Of course, many of the leaders who utilize these strategies have more totalitarian goals in mind.

That quest began long for Alfred Lord Tennyson penned his visionary poem, Locksley Hall. History points to monumental feats such as the Tower of Babel, the vast Hittite, Babylonian and Persian civilizations and, later, the Greek, Roman, Byzantine and Muslim empires. In more modern times the world watched with awe as "civilized" nations such as Russia and Germany sacrificed personal freedom and millions of lives on their altars to Soviet and Nazi dreams of totalitarian socialism.

Hindsight helps us trace the early, incremental steps toward a world government, and we can now look back at a foundation laid by an eclectic blend of socialist visionaries, global-minded financiers, communist revolutionaries, secret societies, New Age leaders, wealthy capitalist and tax-exempt foundations primarily in Great Britain and the USA. Long before the United Nations became an official organ under socialist leadership, that early vision had spread through all the main institutions. As Marilyn Ferguson wrote in The Aquarian Conspiracy,

"Broader than reform, deeper than revolution, this benign conspiracy for a new human agenda has triggered the most rapid cultural realignment in history.... There are legions of conspirators. They are in corporations, universities and hospitals, on the faculties of public schools, in factories and doctors' offices, in state and federal agencies, on city councils and the White House staff, in state legislatures, in volunteer organizations, in virtually all arenas of policy-making in the country.... They have coalesced into small groups in every town and institution." [3] pages 23-24

To fulfill this dream of a New World Order that would serve the grandiose economic and social interests of its early visionaries, two steps were essential:

-Joan attended the 1994 UN meeting in Cairo, where the agenda was to reduce the population of the earth.   Of the 25,000 people who attended the Cairo meeting, about 5,000 were delegates from the 191 member nations, and the other 20,000 represented various NGOs.

Probably Joan Veon was murdered by Satan and those who hate the truth! 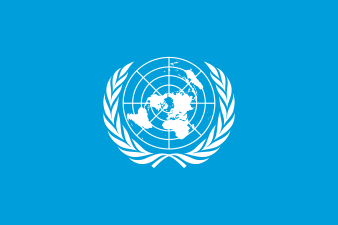 Next post: Joan Veon "When Central Banks Rule the World" - Part 1 of 9 VIDEOS