A Word about TEMPER by J. R. Miller

"Be kind and compassionate to one another, forgiving each other, just as in Christ God forgave you." Ephesians 4:32

More than half of us are bad-tempered—at least an English social scientist tells us so. He claims that this is no mere general statement and no bit of guesswork; he gives us the figures for it. He arranged to have about two thousand people put unconsciously under espionage as to their ordinary temper, and then had careful reports made of the results. The calculations of the returns has been announced, and is decidedly unflattering to the two thousand tempers that were thus put to the test. More than half of these people—to be entirely accurate, 52 percent of them—are set down as bad-tempered in various degrees.

The dictionary has been well-near exhausted of adjectives of this order, in giving the different shades of bad-temper: aggressive, angry, bickering, bitter, capricious, choleric, contentious, crotchety, despotic, domineering, easily offended, gloomy, grumpy, hasty, huffy, irritable, morose, obstinate, reproachful, peevish, sulky, surly, vindictive—these are some of the qualifying words. There are employed, in all, 46 terms which describe a bad temper.

We do not like to believe that the case is quite so serious—that many of us are unamiable in some offensive degree. It is easier to confess our neighbor's faults and infirmities, than our own. So, therefore, quietly taking refuge for ourselves among the 48 percent of good-tempered people—we are willing to admit that a great many of the people we know, have at times rather ungentle tempers. They are easily provoked; they fly into a passion on very slight occasion; they are haughty, domineering, peevish, fretful or vindictive!

What is even worse, most of them appear to make no effort to grow out of their infirmities of disposition! The sour fruit does not come to mellow ripeness in the passing years; the roughness is not polished off the diamond to reveal its lustrous hidden beauty. The same petulance, pride, vanity, selfishness and other disagreeable qualities are found in the life, year after year! Where there is a struggle to overcome one's faults and grow out of them, and where the progress toward better and more beautiful spiritual character is perceptible, though ever so slow—we should have sympathy. But where one appears unconscious of one's blemishes, and manifests no desire to conquer one's faults—there is little ground for encouragement.

Man-like it is—to fall into sin.

Saint-like it is—for sin to grieve.

God-like it is—for sin to leave.

Bad temper is such a disfigurement of character, and, besides, works such harm to one's self and to one's neighbors, that no one should spare any pains or cost to have it cured! The ideal Christian life is one of unbroken kindliness. It is dominated by love—the love whose portrait is drawn for us in the immortal thirteenth chapter of First Corinthians. "Love is patient, love is kind. It does not envy, it does not boast, it is not proud. It is not rude, it is not self-seeking, it is not easily angered, it keeps no record of wrongs." That is the picture of the ideal Christian life!

There is no doubt that this happy change is possible in any case. There is no temper so obdurately bad—that it cannot be trained into sweetness. The grace of God can take the most unlovely life—and transform it into the image of Christ. 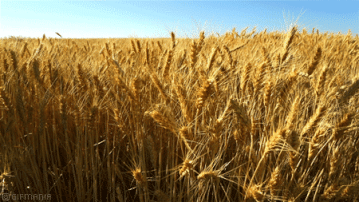 Old people have no reason for sadness—they are really in their best days!