A few Questions About John Macarthur

I have a few questions for those who believe that John Macarthur is a born again Christian pastor. Why was he at the Martin Luther King assassination crime scene? Why and how was he allowed to view Martin Luther King's shed blood first-hand? How did he know to enter the rooming house bathroom across the street from the Lorraine Motel (from which the establishment media claims the fatal shots were fired) just after the assassination and before knowledge of this "crime scene" became public? And why was he arrested just days later?

Research reveals a wealth of evidence that John Macarthur is a Masonic, Druidic, heretical, agent of Satan whose agenda is to lead multitudes to Hell. God holds people responsible for the truth they hear and those who read exposes on Macarthur are accountable to God for the evidence presented to them. Jesus enunciated this principle after He gave the parable of the sower:

"And he said unto them, Is a candle brought to be put under a bushel, or under a bed? and not to be set on a candlestick? For there is nothing hid, which shall not be manifested; neither was any thing kept secret, but that it should come abroad. If any man have ears to hear, let him hear. And he said unto them, Take heed what ye hear: with what measure ye mete, it shall be measured to you: and unto you that hear shall more be given. For he that hath, to him shall be given: and he that hath not, from him shall be taken even that which he hath." (Mark 4:21-25)

I've done my part in presenting the facts about John MacArthur; the responsibility is now on the part of the hearers/readers. At this point I see the problem being the discernment orgs and Calvinist blogs that form a network of support and a propaganda machine for Macarthur. And there are hundreds of them all working together to image MacArthur as a modern Spurgeon.

The Day the Lights Went Out on John Macarthur 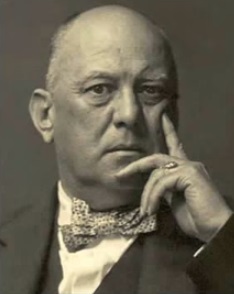 -It is very clear and very open that John MacArthur/Master’s College have partnered with the New World Order even though they will deny the documented facts. In the DOCUMENTED EVIDENCE section at the bottom, we found an article  from the Master's College website stating the words "teamed up".

"Behold, I come quickly: hold that fast which you have, that no man take your crown." Rev: 3:11

Next post: The Flat Earth Is Biblical Truth - The Satanic Deception Exposed - Videos