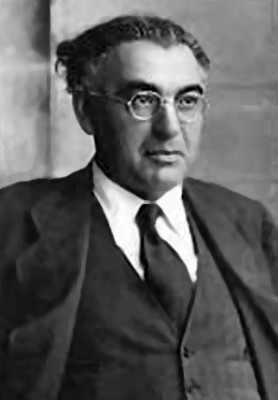 Abba Hillel Silver was an American Rabbi and Zionist leader. He was a key figure in the mobilization of American support for the founding of the State of Israel.

While some individuals, both Jewish and Christian, have talked about a Jewish “return” to Palestine throughout past centuries, today’s version of Christian Zionism was largely invented in the 19th century; adherents of political Zionism, a movement to create a Jewish state, were a major factor in how and why it grew.

As I write in my article on the history of US-Israel Relations, the precursor to today’s pro-Israel lobbying groups, the “American Zionist Emergency Council” (AZEC) played a significant role in creating Christian support for Zionism. Below is an excerpt from my piece:

Secret Zionist funds [by AZEC], eventually reaching $150,000 in 1946, were used to revive an elitist Protestant group, the American Palestine Committee. This group had originally been founded in 1932 by Emanuel Neumann, a member of the Executive of the Zionist Organization. The objective was to organize a group of prominent (mainly non-Jewish) Americans in moral and political support of Zionism.

The Christian committee’s operations were hardly autonomous. Zionist headquarters thought nothing of placing newspaper advertisements on the clergymen’s behalf without bothering to consult them in advance, until one of the committee’s leaders meekly asked at least for prior notice before public statements were made in their name.”

AZEC formed another group among clergymen, the Christian Council on Palestine. An internal AZEC memo stated that the aim of both groups was to “crystallize the sympathy of Christian America for our cause.”

By the end of World War II the Christian Council on Palestine had grown to 3,000 members and the American Palestine Committee boasted a membership of 6,500 public figures, including senators, congressmen, cabinet members, governors, state officers, mayors, jurists, clergymen, educators, writers, publishers, and civic and industrial leaders.

[For citations, and additional information on the Scofield Annotated Bible – a significant source of Christian Zionist beliefs – see my article.)

In the 1970s the Israeli government gave Jerry Falwell a jet plane, helping him to spread his version of theology.

Next post: THE Antichrist - A Jew / Hebrew / Israelite Who Will Rise Out Of The Nation