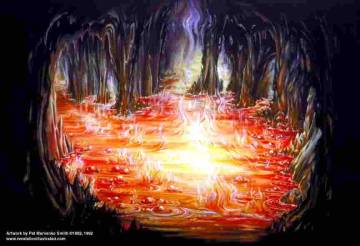 In 1958 Robert Welch founder of John Birch Society disclosed in a speech that America is going to be destroyed from within. Mr Welch goes on to tell how this will be done and destroying our liberties. Wake-up people, this is NO JOKE ! War is coming, be prepared, stock food water medical supplies and lots of barter items. Time is short, ignore the trolls and scoffers and PREPARE ! source

1.CIA Mind Control: It has all the makings of a government plot, and in this case, it happens to be true. The CIA did perform experiments with LSD as a mind-control agent. But conspiracy theorists insist it was on a much larger scale than officials ever admitted.

2.JFK Assassination: A bullet's bizarre trajectory. A grassy knoll. A suspect shot to death just two days after a president's assassination. Was it a plot by a national or international agency: the CIA, the FBI, the KGB? Find out who had the most to gain—and to lose.

3.Roswell: Venture sixty years into the past to examine the body of Roswell evidence. Hear the stories of civilians whose lives were changed by what they saw and of military men who may have been ordered to cover-up what they knew.

4.Secret History of Jesus: Was the crucifixion of Jesus faked? Did he have children? This conspiracy, suggesting a direct bloodline from the Son of God, has had profound effects through the centuries and has been linked to the most creative thinkers and artists in history.

Insider: EU-U.S. Must Take More Refugees, Get Rid of Sovereignty 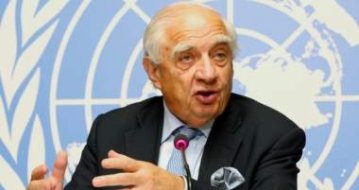 Peter Sutherland (shown), the United Nations special representative of the secretary-general for international migration, is hopping from one pulpit to the next, preaching the message that the refugee tsunami proves national sovereignty is an “illusion,”

Next post: Antichrist in Sweden´s government - Pilot Joins The Fight To Stop Geoengineering