Andrew Murray - The Crucified One ~ Video

Andrew Murray - (1828-1917), South-African Dutch Reformed leader, author of devotional writings
Murray was Born in Cape Town, South Africa, Murray became a noted missionary leader. His father was a Scottish Presbyterian serving the Dutch Reformed Church of South Africa, and his mother had connections with both French Huguenots and German Lutherans. This background to some extent explains his ecumenical spirit. He was educated at Aberdeen University, Scotland, and at Utrecht University in the Netherlands. After ordination in 1848 he served pastorates at Bloemfontein, Worcester, Cape Town, and Wellington. He helped to found what are now the University College of the Orange Free State and the Stellenbosch Seminary He served as Moderator of the Cape Synod of the Dutch Reformed Church and was president of both the YMCA (1865) and the South Africa General Mission (1888-1917), now the Africa Evangelical Fellowship.

He was one of the chief promoters of the call to missions in South Africa. This led to the Dutch Reformed Church missions to blacks in the Transvaal and Malawi. Apart from his evangelistic tours in South Africa, he spoke at the Keswick and Northfield Conventions in 1895, making a great impression. upon his British and American audiences. For his contribution to world missions he was given an honorary doctorate by the universities of Aberdeen (1898) and Cape of Good Hope(1907).

Murray is best known today for his devotional writings, which place great emphasis on the need for a rich, personal devotional life. Many of his 240 publications explain in how he saw this devotion and its outworking in the life of the Christian. Several of his books have become devotional classics. Among these are Abide in Christ, Absolute Surrender, With Christ in the School of Prayer, The Spirit of Christ and Waiting on God. 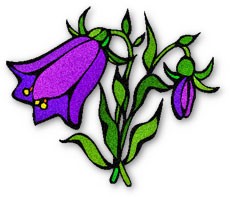 Next post: Praying in the Power of the Holy Ghost - The Spiritual Life ~ Videos