Yes, in Finland you can have sex with your pet 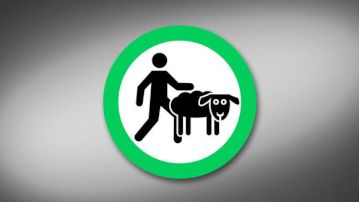 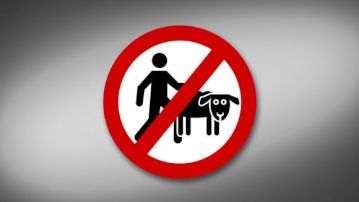 America is extremely wicked and filled with perversion. People actually boast in the fact that they are zoosexuals. People even boast that they love zoophilia pornography. Cannibalism and bestiality is on the rise and not only is it sick it is animal cruelty.

It is disgusting that this egregious sin is being displayed in movies such as Disney’s Beauty and the Beast and Planet of the Apes. Human flesh is different from animal flesh. Women were made for men not animals for men and vice versa.

Bestiality is unnatural and Scripture clearly condemns it. Many fake Christians who continually commit this sin say, “Jesus died for my sins and it’s not in the New Testament.” A Christian will not practice sin because they have repented (turned from their sins). God doesn’t change. God hated it then and He hates it now. If you’re not saved you are in grave danger and after you are done reading please click on this link.

1. 1 Corinthians 15:38-39 But God gives it a body as he has determined, and to each kind of seed he gives its own body. Not all flesh is the same: People have one kind of flesh, animals have another, birds another and fish another.

2. Genesis 2:20-22 The man gave names to all the tame animals, to all the birds in the air, and to all the wild animals. He saw many animals and birds, but he could not find a companion that was right for him. So the Lord God caused the man to sleep very deeply. While he was asleep, God took one of the ribs from the man’s body. Then he closed the man’s skin where the rib had been. The Lord God used the rib from the man to make a woman. Then he brought the woman to the man.

What does the Bible say?

4. Exodus 22:19-20 “Whoever has sexual intercourse with an animal must be put to death. “Whoever sacrifices to any god except the LORD must be condemned and destroyed.

This world will only get more perverted.

8. 2 3:1-5 You must realize, however, that in the last days difficult times will come. People will be lovers of themselves, lovers of money, boastful, arrogant, abusive, disobedient to their parents, ungrateful, unholy, unfeeling, uncooperative, slanderous, degenerate, brutal, hateful of what is good, traitors, reckless, conceited, and lovers of pleasure rather than lovers of God. They will hold to an outward form of godliness but deny its power. Stay away from such people. 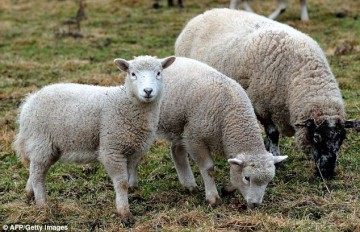 Shock discovery: Ms Martin told of one case where a farmer rigged a CCTV camera in the rafters of his barn after finding his normally friendly sheep refusing human contact, to discover multiple men sneaking in in the dead of night to sexually abuse his beloved livestock.

The case launched by a man and woman - identified only as Mrs S and Mr F - who “feel sexually attracted to animals” argued that Germany’s bestiality laws violate their right to “sexual self-determination”.

How To Become A Christian

THIS WILL HAPPEN TO YOU, IF YOU DO NOT BELIEVE IN JESUS AND TURN AWAY FROM YOUR SINS!