C. S. Lewis stated that people in other religions can belong to Christ without being aware of it.

"There are people in other religions who are being led by God's secret influence to concentrate on those parts of their religion which are in agreement with Christianity, and who thus belong to Christ without knowing it. For example a Buddhist of good will may be led to concentrate more and more on the Buddhist teaching about mercy and to leave in the background (though he might still say he believed) the Buddhist teaching on certain points. Many of the good Pagans long before Christ's birth may have been in this position." (Mere Christianity pg.176, 177).

According to world famous evangelist Billy Graham, people can love or know Jesus without being conscious of it. If unbelievers who do not know the name of Jesus turn to the "only light they have" they are going to be in heaven:

"I think that everybody that loves or knows Christ, whether they are conscious of it or not, they are members of the body of Christ. . . . [God] is calling people out of the world for his name, whether they come from the Muslim world, or the Buddhist world or the non-believing world, they are members of the Body of Christ because they have been called by God. They may not know the name of Jesus but they know in their hearts that they need something they do not have, and they turn to the only light they have, and I think that they are saved and they are going to be with us in heaven." 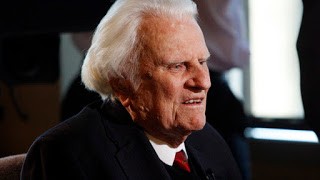 Matthew 24:4 And Jesus answered and said to them, “See to it that no one misleads you. 5 “For many will come in My name, saying, ‘I am the Christ,’ and will mislead many. 6 “You will be hearing of wars and rumors of wars. See that you are not frightened, for those things must take place, but that is not yet the end. 7 “For nation will rise against nation, and kingdom against kingdom, and in various places there will be famines and earthquakes. 8 “But all these things are merely the beginning of birth pangs.