CULTURAL MARXISM IN THE CHURCH

From the Gospel of Jesus Christ to Sympathy for the Devil 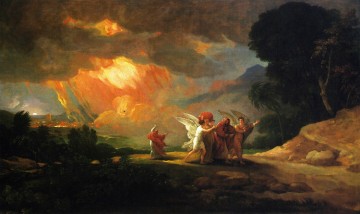 “Now the Spirit speaketh expressly, that in the latter times some shall depart  from the faith, giving heed to seducing spirits, and doctrines of devils.”
1 Timothy 4:1

Rosaria Champagne Butterfield is a former lesbian who was a tenured professor at Syracuse University, where her primary areas of study were “Freud, Marx, Darwin,” “Critical Theory” and “Queer Theory.” In October of 2014, Rosaria Butterfield made her debut at the SBC’s Ethics & Religious Liberties Commission National Conference on “The Gospel, Homosexuality and the Future of Marriage.”  At this strange event to which homosexual activist organizations were invited, Rosaria Butterfield was introduced by Albert Mohler, President of Southern Baptist Theological Seminary, and interviewed by Russell Moore, President of the ERLC.  Dr. Mohler is a Founding Fellow of the Research Institute of the ERLC.

The alleged purpose of the ERLC is to protect religious liberty, however, the organization is also an NGO of the Economic and Social Council of the United Nations. Membership in this powerful globalist body requires not only agreement with, but also promotion of, the goals of the U.N., which include abortion and LGBT rights worldwide. Non-Governmental Organizations of the U.N. profess to advocate for causes like human rights, religious freedom and responsible government, however, the reality is that they execute political and corporate agendas by proxy.

So we are not surprised that the ERLC would feature speakers who advocate for gays and lesbians in the Church, on the pretext that these gays and lesbians embrace celibacy. Knowing how well celibacy has worked in the Catholic Church, the ERLC also featured an Oxford educated gay celibate priest in the Church of England. The Church of England also has consultative NGO status at the United Nations through the Anglican Communion.

Read more about the United Nations!