Catholic Political Coercion is what the Catholic Church thrived on for many years throughout the Middle Ages. Although her methods have changed, her goals have never changed, as one can see in this video.

For more information, please, visit our website at http://www.bereanbeacon.org more description follows...Her ability to grow in strength and numbers was and still is in proportion to her legal agreements (concordants) with other nations throughout the world.

The video with W. J. Mencarow and Richard Bennett truly documents the Vatican’s diplomatic relations with 179 countries, enabling it to implement Political Coercion over many of these nations. Please share this video known with your family and friends and your church members. Thank you

The Invincible Gospel and the Modern Evangelical lie

By far the most dramatic episode in my life was the accident I had in 1972 in Port of Spain. I fell down the steps of the home of a family that I knew, and I fell in such a way as to damage my spine. I was unconscious and close to death for three days in the hospital. When I did regain consciousness, I was in great pain. A neurologist explained the cause of the pain to me one month later while I was recuperating in a nursing home. He told me that I had damaged some sections of my spine, thereby disturbing the whole me-tabolism of my nervous system. Three months later, I was released from the nursing home. It was at this point in my life that I began to really search in the Scriptures for the message of salvation.

I boasted at the time that I was not conscious of any mortal sin in my life, yet, had I died on that eventful day, I did not have any assurance that I would have been with the Lord. While I had always been quite devout in all my religious exercises, I had no distinct peace with God.

Jesus answered, My kingdom is not of this world: if my kingdom were of this world, then would my servants fight, that I should not be delivered to the Jews: but now is my kingdom not from hence. John 18:36 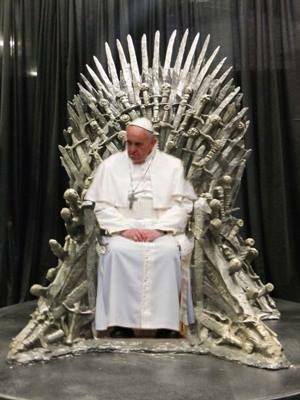