John 5:22 For not even the Father judges anyone, but He has given all judgment to the Son,

John 5:27 and He gave Him authority to execute judgment, because He is the Son of Man.

https://www.youtube.com/watch?v=HWawtzhmolM (It is not a Christian video, but the thruth about the wickedness in the RCC and among the elite.)

"A woman says she witnessed a child sacrifice in the catacombs of the Vatican. An international court examines documents backing her claim that it was and still is a regular occurrence. It’s all part of a Satanic cult where children are drugged, stripped naked, raped, hunted down and killed by European royals and church officials including the Pope. David Zublick unseals the horrible truth about the Ninth Circle in this special report!" 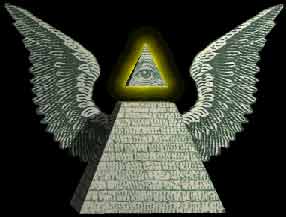 Matthew 25:31-46 When the Son of man shall come in his glory, and all the holy angels with him, then shall he sit upon the throne of his glory: And before him shall be gathered all nations: and he shall separate them one from another, as a shepherd divideth his sheep from the goats:And he shall set the sheep on his right hand, but the goats on the left.

- UNTIL JESUS CHRIST COMES BACK!