37 O Jerusalem, Jerusalem, thou that killest the prophets, and stonest them which are sent unto thee, how often would I have gathered thy children together, even as a hen gathereth her chickens under her wings, and ye would not!

38 Behold, your house is left unto you desolate.

39 For I say unto you, Ye shall not see me henceforth, till ye shall say, Blessed is he that cometh in the name of the Lord.

Subtitle: Ever since President Bush, Sr., signed a law committing the United States to support the Noahide Laws, the Illuminati has quietly been active pushing the Biblical 10 Commandments off center stage so they can bring in the Satanic Noahide Laws. The threat to all Gentiles is huge! Do not be fooled!

You may finally understand why it was necessary to officially remove the 10 Commandments from the Alabama State Judicial Center in November, 2003! The New World Order is coming! Are you    ready? Once you understand what this New World Order really is, and how it is being gradually implemented, you will be able to see it progressing in your daily news!!

Learn how to protect yourself, your loved ones!

Stand by for insights so startling you will never look at the news the same way again.

YOU ARE NOW ON

The coming New World Order Religion will be one of terror and inhuman oppression of all who do not follow the dictates of the False Prophet -- the Roman Catholic Pope [NEWS1052]. Since this coming polytheistic religion is based upon the Satanic Cabbala, we should not be too surprised to discover that this evil system has its own counterfeit of the Biblical 10 Commandments; this counterfeit is called the "Seven Noahide Laws". Even though they seem innocuous enough at first glance, they pose a deadly danger to all non-Talmudic Jews, those "two-thirds" Jews of Zechariah 13:8-9.

Since the world is approaching the time when this global religious system will be forced upon mankind, we should not be too surprised to learn that a global organization has been formed that is urging these "Seven Noahide Laws" upon all nations! However, this organization already has a superpower on board with them, although most Americans do not realize it! President Bush, Sr., signed a law on March 20, 1991 that officially named these evil laws the Law of the Land!

Let us begin with a current article showing that this system of laws is being urged upon all mankind.

"The spiritual leader of the Druze community in Israel, Sheikh Mowafak Tarif, this weekend signed a declaration calling on non-Jews in Israel to observe the Seven Noahide (Bnei Noach) Commandments, as laid down in the Bible and expounded upon in Jewish tradition. The declaration includes the commitment to make a better 'humane world based on the Seven Noachide Commandments and the values they represent commanded by the Creator to all mankind through Moses on Mount Sinai'.Behind the efforts to spread awareness of the Torah’s Seven Universal Laws is Rabbi Boaz Kelly, of the directors of Chabad-Lubavitch institutions in the Krayot area of Haifa and the chairman of the Worldwide Committee for the Seven Noahide Commandments."

As is usually the case when a mystical and horrific goal is being perpetrated upon mankind, the plan is sold to the people with the greatest, most high-flying rhetoric imaginable. What person would not want a "better humane world"? The only questions that should be asked are: 1) Is the plan as truly good as the rhetoric makes it sound; and 2) Upon what basis is this plan founded? We Christians have absolute confidence that our entire faith is based upon God's inerrant, infallible, and unchanging Word; is the basis of these seven occult laws that firm? You shall have to wait to see as our explanation unfolds.

Jews Are Spreading The Noahide Religion And Creating Traitors [VIDEO]

From the video below you will see the induction of more Gentiles into Judaism’s second class slave religion known as Noahidism. These Ger Toshav (Naohides) have pledge their allegiance to the Seven Noahide Laws and to the hereditary priesthood of the Sanhedrin in Israel. What this video will not tell you is that according to the Naohide Laws, non-jews, blasphemers (if you believe in Jesus! my comment) and homosexuals are to be beheaded.

-The most extreme statements of the afternoon came from the head of this Sanhedrin, Rabbi Yisrael Ariel, who claimed that according to the 12th century Jewish sage Maimonides, the Jewish people are commanded to kill non-Jewish people who do not agree to abandon Christianity and Islam and be governed by Jewish law.

-The Talmud also states the penalty for disobedience: "One additional element of greater severity is that violation of any one of the seven laws subjects the Noahide to capital punishment by decapitation. (Sanh. 57A)"

-"It is a mitzvah [religious duty; ARC], however, to eradicate Jewish traitors, minnim, and apikorsim, and to cause them to descend to the pit of destruction, since they cause difficulty to the Jews and sway the people away from God, as did Jesus of Nazareth and his students, and Tzadok, Baithos, and their students. May the name of the wicked rot."

Why Does the Government Need Guillotines? 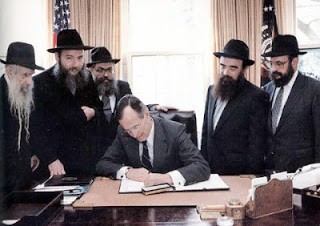 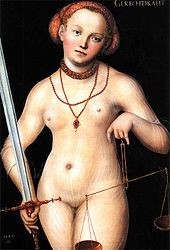 "And I saw thrones, and they sat upon them, and judgment was given unto them: and I saw the souls of them that were beheaded for the witness of Jesus, and for the word of God, and which had not worshipped the beast, neither his image, neither had received his mark upon their foreheads, or in their hands; and they lived and reigned with Christ a thousand years."

Previous post: WORLD DOMINION BY THE JEWS - JESUS IS THE ANSWER