Do angels appear to people today?

Answer: In the Bible angels appear to people in unpredictable and various ways. From a casual reading of Scripture, a person might get the idea that angelic appearances were somewhat common, but that is not the case. There is an increasing interest in angels today, and there are many reports of angelic appearances. Angels are part of almost every religion and generally seem to have the same role of messenger. In order to determine whether angels appear today, we must first get a biblical view of their ancient appearances.

The first appearance of angels in the Bible is in Genesis 3:24, when Adam and Eve were expelled from the Garden of Eden. God placed cherubim to block the entrance with a flaming sword. The next angelic appearance is in Genesis 16:7, about 1,900 years later. Hagar, the Egyptian servant who bore Ishmael to Abraham, was instructed by an angel to return and submit to her mistress, Sarai. Abraham was visited by God and two angels in Genesis 18:2, when God informed him of the impending destruction of Sodom and Gomorrah. The same two angels visited Lot and instructed him to escape the city with his family before it was destroyed (Genesis 19:1-11). The angels in this case also displayed supernatural power by blinding the wicked men who were threatening Lot.

When Jacob saw a multitude of angels (Genesis 32:1), he immediately recognized them as the army of God. In Numbers 22:22, an angel confronted the disobedient prophet Balaam, but Balaam did not see the angel at first, although his donkey did. Mary received a visit from an angel who told her that she would be the mother of the Messiah, and Joseph was warned by an angel to take Mary and Jesus to Egypt to protect them from Herod’s edict (Matthew 2:13). When angels appear, those who see them are often struck with fear (Judges 6:22; 1 Chronicles 21:30; Matthew 28:5). Angels deliver messages from God and do His bidding, sometimes by supernatural means. In every case, the angels point people to God and give the glory to Him. Holy angels refuse to be worshiped (Revelation 22:8-9). 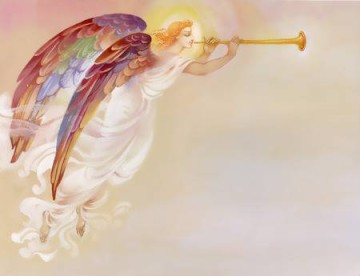 ANGELS, SCRIPTURE, JESUS IS THE ANSWER