Globalization Is Closing In - To understand Technocracy and who is implementing

Globalization Is Closing In

After researching, writing and speaking about globalization for almost 40 years now, I was alarmed when I discovered a few years ago that the endgame is Technocracy - not Socialism, Communism, or Fascism. The evidence of this is all around us but unless you can connect the dots correctly, you will never see the whole nefarious plan. This is why I wrote Technocracy Rising: The Trojan Horse of Global Transformation, which will be available for purchase in a few weeks.

What is Technocracy? It started as a movement in the early 1930s, and quickly died out by the end of WWII, but not before its engineer architects created a detailed plan for creating an alternative economic system that would fully replace capitalism. Technocracy would be based on energy accounting instead of price-based supply and demand accounting. Scientists and engineers would run this new economy according to the Scientific Method in order to create a perfect balance between man and nature.

We see the wide footprint of Technocracy today in things like Sustainable Development, Agenda 21, Green Economy, Cap & Trade, Carbon Credits, Climate Change, Smart Grid, Total Surveillance Society, Smart Growth, Federal land grabs, etc. It's all tied together to the same root, and it has collectively been brought to us as the "New International Economic Order" proposed by the Trilateral Commission in 1973.

The main purpose of August Forecast & Review is to provide a review of pertinent history and a forecast of future events based on current trends. It has taken 40 years of persistent planning and manipulation by members of the Trilateral Commission to bring the United States to the sorry condition that we find it in today. They have already converted China and Europe into the early stages of Technocracy. The United States is the only nation on earth that stands in their way of total domination.

Do you wonder why Obama is tearing apart the fabric of our nation? Do you wonder why he is so zealous to use Executive Orders to "legalize" illegal immigration and climate change initiatives? Hint: it's because he is a puppet in the hands of Trilateral Commission members who surround him. Technocracy is their agenda and Obama is going to give it to them.

The Health Concerns in Wearable Tech 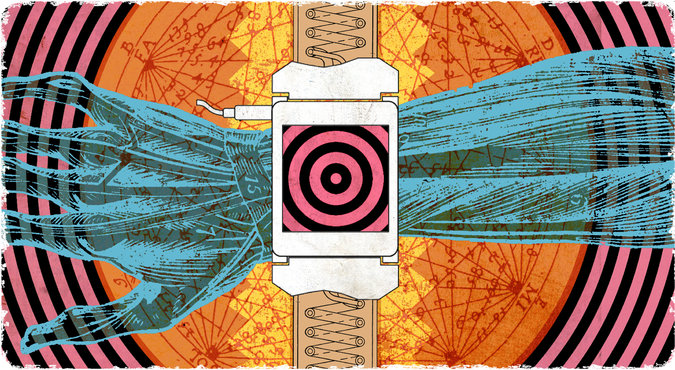 Both temporal AND eternal.. The END of technology is the mark of the beast. -Unprof.

Revelation 16:2 So the first went and poured out his bowl upon the earth, and a foul and loathsome sore came upon the men who had the mark of the beast and those who worshiped his image.

Revelation 14:11 And the smoke of their torment ascends forever and ever; and they have no rest day or night, who worship the beast and his image, and whoever receives the mark of his name.

Next post: Jeffrey Dahmer says evolution made him a monster and creation science led him...