HALLOWEEN AND THE OCCULT - (A True Story)

Witchcraft is very real but greatly misunderstood. I know because witchcraft goes back on the paternal side of my family for over five generations to Chesterfield, Massachusetts in 1770. My great grandmother became a well-known witch in Wisconsin in the early days of this century. Caroline was a blind witch and used her fingers to read palms and also became adept at putting “the hex” on people.

Many spooky things would happen in our family. Dishes would slide off from shelves, light bulbs would unscrew and fall to the floor, filmy apparitions would appear and vanish, and this sort of thing became a way of life.

In one instance, my father was riding with my grandfather in a horse-drawn wagon, when a filmy white apparition appeared in front of the horse, causing the horse to rear up on its hind legs. Surrounded by electrifying fear, my grandfather cracked the whip and the wagon lurched forward and on its way.

My father also watched in stunned amazement when, on another occasion, an unhitched wagon loaded with hay went up a steep hill by itself.

Halloween was a special time for me, as I was growing up in Clintonville, Wisconsin. I had given my heart and soul to that day called “Samhain” (pronounced Sow-en). I had learned that the pagan Sabot of Samhain was a time when the barrier between the mundane and astral planes was very thin and departed spirits easily crossed over.’

I also learned that the Roman Catholic Church copied and re-named all of the eight sabbots. Not only had Samhain become Halloween, but the Winter Solstice became Christmas, Imbolg became Candlemass, Beltaine became May Day, and Lughnasadh became Lammas. 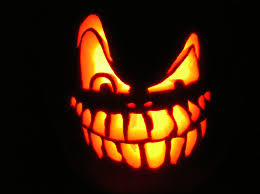 Next post: To use the entertainers to indoctrinate the masses