Their greatest danger to this country lies in their large ownership and influence in our motion pictures, our press, our radio and our government.  ---Col. Charles Lindbergh, on Jewish agitation for World War Two, Des Moines Sept 11, 1941.
(See excerpt below article)

by Martin Purcell
The Ukraine, the Protocols of Wolf Blitzer and Powerball
(henryakow.com)

Israel's Maariv newspaper reports about one in every 514 on earth people is Jewish, about 0.02 of mankind. 1 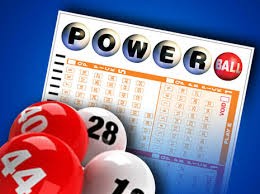 In fact, if you put all 7.3 billion earthlings names into a hat and drew out nine Jewish names in a row, the odds of doing that are over 10 trillion to one, a feat many times harder than winning the Powerball jackpot.

A year ago, a secret recording surfaced on YouTube. Assistant Secretary of Victoria Nuland was overheard actively plotting a coup d'etat with the U.S. Ambassador to the Ukraine, Jeffrey Pyatt.

She used the "F" word, which got all the publicity, but few seemed to notice that she was trying to name, or actually choose, the new interim President of the Ukraine. His name, Arseniy Yatsenuk.

Three weeks later, Victoria got her wish; the pro-Russian government of Yanucovych collapsed and Yatsenuk was in place. Shortly thereafter, an election was held in which Petro Poroshenko became President. 2 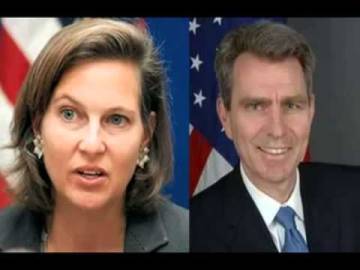 What is curious in all this is that Victoria is Jewish, 3 and her co-plotter, U.S. Ambassador Geoffrey Pyatt, is Jewish, 4 and Yatsenuk who stood as the interim President is Jewish, 5 and Poroshenko is too.6

The Bulletin of Atomic Scientists moved its doomsday clock up to 3 minutes before midnight just last week. It attributed the move to climate change and "outsized nuclear arsenals."8

This situation is serious and explosive, but Wolf Blitzer and Representative Engel had a very cozy tete-a-tete about lethal aid anyway with absolutely no mention of how this could bring us closer to Armageddon. Wolf Blitzer, by the way, is Jewish and Congressman Engel is too. Wolf's executive producer, who oversees what kind of guests Wolf invites, is Linda Roth who is Jewish.9

Linda and Wolf's boss at CNN used to be Susan Grant, who is Jewish, but she was replaced by Andrew Morse, who is Jewish, and Andrew, in turn, is answerable to his boss, Jeff Zucker, the President of CNN who is also Jewish.

Not only is that a mouthful, its nine for nine. Jackpot!

What is consummately disturbing in all this is that, even if it has to do with provoking nuclear confrontation and World War III--if you mention any of this, you're just an anti Semite and not to be taken seriously.

Charles Lindbergh on Pre War propaganda effort-"They planned: first, to prepare the United States for foreign war under the guise of American defense; second, to involve us in the war, step by step, without our realization; third, to create a series of incidents which would force us into the actual conflict. These plans were of course, to be covered and assisted by the full power of their propaganda.