Is Sickness a Chastisement? by Andrew Murray

“For this cause many among you are weak and sickly, and not a few sleep. For if we discerned ourselves, we should not be judged. But when we are judged, we are chastened of the Lord, that we may not be condemned with the world” (I Cor. 11:30—32, R.V.).

In writing to the Corinthians the Apostle Paul must needs reprove them for the manner in which they observed the Lord’s Supper, drawing upon themselves the chastisements of God. Here, therefore, we see sickness as a judgment of God, a chastisement for sin. Paul sees it to be a real chastisement since he afterwards says: “chastened by the Lord,” and he adds that it is in order to hinder them from falling yet deeper into sin, to prevent them from being “condemned with the world,” that they are thus afflicted. He warns them that if they would be neither judged nor chastened by the Lord, that if by such examination they discovered the cause of the sickness and condemned their sins, the Lord would no longer need to exercise severity. Is it not evident that here sickness is a judgment of God, a chastisement of sin, and that we may avoid it in examining and condemning ourselves?

Yes, sickness is, more often than we believe it, a judgment, a chastisement for sin. God “doth not afflict willingly nor grieve the children of men” (Lam. 3:33). It is not without a cause that He deprives us of health. Perhaps it may be to render us attentive to some sin which we can recognize: “Sin no more, lest a worse thing come unto thee” (John 5:14); perhaps because God’s child has become entangled in pride and worldliness; or it may be that self-confidence or caprice have been mixed with his service for God. It is again quite possible that the chastisement may not be directed against any particular sin, but that it may be the result of the preponderance of sin which weighs upon the entire human race. When (John 9:3), in the case of the man born blind, the disciples asked the Lord, “Who did sin, this man or his parents, that he was born blind?” and He answered, “Neither hath this man sinned nor his parents,” He does not by any means say that there is no relation between sin and sickness, but He teaches us not to accuse every sick person of sin.

In any case, sickness is always a discipline which ought to awaken our attention to sin, and turn us from it. Therefore a sick person should begin by condemning, or discerning himself (I Cor. 11:31), by placing himself before his heavenly Father with a sincere desire to see anything which could have grieved Him, or could have rendered the chastisement necessary. So doing he may count assuredly on the Holy Spirit’s light, who will clearly show him his failure. Let him be ready at once to renounce what he may discern, and to place himself at the Lord’s disposal to serve Him with perfect obedience, but let him not imagine that he can conquer sin by his own efforts. No, that is impossible to him. But let him, with all his power of will, be on God’s side in renouncing what is sin in His sight, and let him believe that he is accepted of Him. So doing he will be yielding himself, consecrating himself anew to God, willing to do only His holy will in all things.

Scripture assures us that if we thus examine ourselves the Lord will not judge us. Our Father only chastens His child as far as needful. God seeks to deliver us from sin and self; as soon as we understand Him and break with these, sickness may cease; it has done its work. We must come to see what the sickness means, and recognize in it the discipline of God. One may recognize vaguely that he commits sins while scarcely attempting to define what they are; or if he does, he may not believe it is possible to give them up; and if he decides to renounce them, he may fail to count on God that He will put an end to the chastisement. And yet, how glorious is the assurance which Paul’s words here give us!

Dear sick one, dost thou understand that thy heavenly Father has something to reprove in thee? He would have thy sickness help thee to discover it, and the Holy Spirit will guide thee in the search. Then renounce at once what He may point out to thee. Thou wouldst not have the smallest shade remain between thy Father and thee. It is His will to pardon thy sin and to heal thy sickness. In Jesus we have both pardon and healing; they are two sides of His redemptive work. He calls thee to live a life of dependence upon Him in a greater degree than hitherto. Abandon thyself then to Him in a complete obedience, and walk henceforth as a little child in following His steps. It is with joy that thy heavenly Father will deliver thee from chastisement, that He will reveal Himself to thee as thy Healer, that He will bring thee nearer to Him by this new tie of His love, that He will make thee obedient and faithful in serving Him. If, as a wise and faithful Father, He has been obliged to chasten thee, it is also as a Father that He wills thy healing, and that He desires to bless and keep thee henceforth. 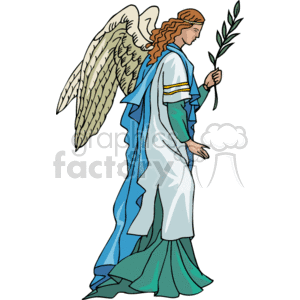