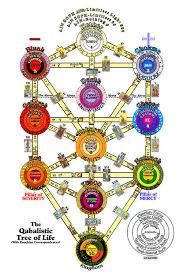 As the Christian-persecuting federal hate bill dangerously waits in the Senate Judiciary Committee, the Jewish Forward says most of the American Jewish community has mobilized to get it passed. They are pressuring President Bush not to honor his pledge to evangelicals to veto it. (See, Jews Pressure Bush to Sign Hate Bill)

You may ask, "What's the problem? Jews are an infinitesimal one and a half percent of the American population. What can they do?"

Plenty. A Jewish population of exactly that percentage brought communism to Russia. The most murderous and anti-Christ system the world has ever known (having starved to death or slaughtered about 110 million) was overwhelmingly inspired and birthed by a tiny minority of Jews.

The Jewish Encyclopedia (Socialism, p. 418) frankly points out that “Jews have been prominently identified with the modern Socialist movement from its very inception.” “Scientific socialism,” or what we call communism, says the Universal Jewish Encyclopedia in its article on socialism, “originated in the combination of Jewish Messianic feeling with German philosophy…” 1 Marx, of course, was Jewish. But, just as important, Jews at all levels, from high financiers like the Warburgs, Schiffs and Rothschilds to rugged revolutionaries like Trotsky, Kamenev, Sverdlov and Zinoviev, made the success of communism possible.

Gary Allen in his book None Dare Call It Conspiracy, pp. 68-75, fingers those key Jewish financiers, especially Max Warburg in Germany and Jacob Schiff in America, who provided millions to arm and subsidize Jewish revolutionaries returning to Russia under the leadership of Trotsky. Schiff, head of the international banking firm of Kuhn, Loeb and Co. (now Chase Manhattan) was particularly influential. Quoting the New York Journal-America of February 3, 1949 out of Allen’s book: “Today it is estimated by Jacob’s grandson, John Schiff, that the old man sank about $20,000,000 for the final triumph of Bolshevism in Russia.” (Remember, that was when a common wage for adult hard labor was several dollars per day.) 2

Jews Tell Us Communism was Jewish

Let's ease into this controversial subject by introducing some mild, yet tantalizing quotes from the authoritative Encyclopedia Judaica’s article on Communism.

The Communist movement and ideology played an important part in Jewish life, particularly in the 1920’s, 1930’s, and during and after World War II…Individual Jews played an important role in the early stages of Bolshevism and the Soviet regime…The great attraction of communism among Russian, and later also, Western, Jewry emerged only with the establishment of the Soviet regime in Russia.

How involved were the Jews? It continues by admitting that the “anti-Semitic” counteroffensive of the White Russian armies in 1918 “drove the bulk of Russian Jewish youth into the ranks of the Bolshevik regime.” The bulk of Jewish youth. This means that the majority of all young Soviet Jews were communists. Jews, it says, found great opportunity within Bolshevism, “occupying many responsible positions in all branches of the party and state machinery at the central and local seats of power.” (pg. 791)

Bolshevism had become the Jewish cause as:

Many Jews the world over therefore regarded the Soviet concept of the solution to the “Jewish question” as an intrinsically positive approach…Communism and support of the Soviet Union thus seemed to many Jews to be the only alternative, and Communist trends became widespread in virtually all Jewish communities. In some countries Jews became the leading element in the legal and illegal Communist parties and in some cases were even instructed by the Communist international to change their Jewish-sounding names and pose as non-Jews, in order not to confirm right-wing propaganda that presented Communism as an alien, Jewish conspiracy… (pg. 792)

The article then goes on to enumerate who many of these Jews (most with Gentile Russian names) actually were. Here we find most of the giants of Soviet communism, names we have memorized in college history courses as the kingpins of the Revolution, without dreaming they were Jews. But making sure of their Jewish identity is very important to the editors of the Encyclopedia Judaica, which is not addressed to Gentiles. It is clear that the editors want Jewish youth today to be aware of their communist heritage. To this end, they not only never criticize anything having to do with communism but always describe it as a sincere and timely experiment with the greatest social advantages to Jews in Russia. Many Jewish Bolsheviks, persons who helped make possible the bloodiest regime in the history of the world, are dignified with a separate article.

Keeping in mind that Jews represented only several percent of the Russian population at that time, the disproportion of Jews in the Party hierarchy is further born out:

During the Revolution Jews played a prominent part in the party organs. The politburo elected on Oct. 23, 1917 had four Jews among its seven members. The Military Revolutionary Committee, appointed to prepare the coup, was headed by Trotsky and had two Jews among its five members. In the early years of the Soviet regime, Jews were in many leading positions in the government and party machinery… (page 797, 98)

Next post: The Protocols of Zion - a one page summary…