JOHN MACARTHUR & THE “MARK OF THE BEAST” & What is Freemasonry? 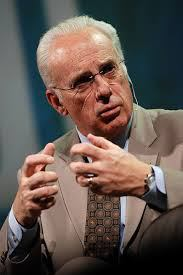 JOHN MACARTHUR & THE “MARK OF THE BEAST”

during the Tribulation period can still be redeemed.

QUESTIONER: “Oh, my question is in regard to the latter half of the Tribulation period, when...when men will be required to have the mark of the beast in order to buy or sell. My question is once the person takes the mark, is there any possibility of Him coming to Christ?”

JOHN: “Yes, I think, you know, in the seven-year Tribulation coming in the future, we’re gonna get into this, so probably a week from Sunday night, maybe this Sunday night, maybe a week, I’m not sure. But the Tribulation is a seven-year period, right? The Rapture of the church, seven-year Tribulation, then Christ returns, sets up His Kingdom. Now, in that seven-year period, really two things happen. God begins to judge the world in...with a series of holocausts; and, at the same time, He begins to redeem His people Israel; and in the process of this, the antichrist establishes his rule; and in order to function in the economy of the antichrist, you have to take the mark of the beast.

The mark being the number of a man, Revelation 13, 666. Six is the number of man, right? Seven is the number of perfection, and man always falls short of perfection, 666, always sixes, never seven. So the number of a man, and apparently what’s gonna happen, you take the mark on your hand or on your forehead; and we’ve talked a lot about that, you know, that...that that’s kind of the computer situation. We’re now moving fast toward the time when we’re going to have to do everything we do by cards and by numbers and all of that, and those number...the thing about a card that’s a problem is you lose it, and they’ve already devised systems to put the number on your hand and on your forehead, and you go through a scanner and, you know, that’s how you buy and sell. It’s automatically deducted from your bank account.

John Macarthur has boasted that he is the last in his family lineage of pastors that goes back five generations to Scotland.  The following excerpt from a sermon Macarthur gave that was aired on a Grace To You broadcast mentions these five generations of pastors which includes his great grandfather, Thomas Fullerton, who is described in particular.

For such are false apostles, deceitful workers, transforming themselves into the apostles of Christ. And no marvel; for Satan himself is transformed into an angel of light. Therefore it is no great thing if his ministers also be transformed as the ministers of righteousness; whose end shall be according to their works.” 2 Cor 11:13-15

Previous post: The Sacred Name Above All Names ~ Video