Jesus and the Doctors by Andrew Murray

We may be thankful to God for having given us doctors. Their vocation is one of the most noble, for a large number of them seek truly to do, with love and compassion, all they are able to alleviate the evils and sufferings which burden humanity as a result of sin. There are even some who are zealous servants of Jesus Christ, and who seek also the good of their patients’ souls. Nevertheless it is Jesus Himself who is always the first, the best, the greatest Physician.

Jesus heals diseases in which earthly physicians can do nothing, for the Father gave Him this power when He charged Him with the work of our redemption. Jesus, in taking upon Him our human body, delivered it from the dominion of sin and Satan; He has made our bodies temples of the Holy Ghost and members of His own body (I Cor. 6:15, 19), and even in our day how many have been given up by the doctors as incurable, how many cases of tuberculosis, of gangrene, of paralysis, of dropsy, of blindness and of deafness, have been healed by Him! Is it not then astonishing that so small a number of the sick apply to Him?

The method of Jesus is quite another than that of earthly physicians. They seek to serve God in making use of remedies which are found in the natural world, and God makes use of these remedies according to natural law, according to the natural properties of each, while the healing which proceeds from Jesus is of a totally different order; it is by divine power, the power of the Holy Ghost, that Jesus heals. Thus the difference between these two modes of healing is very marked. That we may understand it better, let us take an example; here is a physician who is an unbeliever, but extremely clever in his profession; many sick people owe their healing to him. God gives this result by means of the prescribed remedies, and the physician’s knowledge of them. Here is another physician who is a believer, and who prays God’s blessing on the remedies which he employs. In this case also a large number are healed, but neither in the one case nor the other does the healing bring with it any spiritual blessing. They will be preoccupied, even the believing among them, with the remedies which they use, much more than with what the Lord may be doing with them, and in such a case their healing will be more hurtful than beneficial. On the contrary, when it is Jesus only to whom the sick person applies for healing, he learns to reckon no longer upon remedies, but to put himself into direct relation with His love and His almightiness. In order to obtain such healing, he must commence by confessing and renouncing his sins, and exercising a living faith. Then healing will come directly from the Lord, who takes possession of the sick body, and it thus becomes a blessing for the soul as well as for the body.

“But is it not God who has given remedies to man?” it is asked. “Does not their power come from Him?” Without doubt; but on the other hand, is it not God who has given us His Son with all power to heal? Shall we follow the way of natural law with all those who do not yet know Christ, and also with those of His children whose faith is still too weak to abandon themselves to His almightiness; or rather do we choose the way of faith, receiving healing from the Lord and from the Holy Spirit, seeing therein the result and the proof of our redemption?

The healing which is wrought by our Lord Jesus brings with it and leaves behind it more real blessing than the healing which is obtained through physicians. Healing has been a misfortune to more persons than one. On a bed of sickness serious thoughts had taken possession, but from the time of his healing how often has a sick man been found anew far from the Lord! It is not thus when it is Jesus who heals. Healing is granted after confession of sin; therefore it brings the sufferer nearer to Jesus, and establishes a new link between him and the Lord, it causes him to experience His love and power, it begins within him a new life of faith and holiness. When the woman who had touched the hem of Christ’s garment felt that she was healed, she learned something of what divine love means. She went away with the words: “Daughter, thy faith hath saved thee: go in peace.”

O you who are suffering from some sickness, know that Jesus the sovereign Healer is yet in our midst. He is close to us, and He is giving anew to His Church manifest proofs of His presence. Are you ready to break with the world, to abandon yourself to Him with faith and confidence? Then fear not, remember that divine healing is a part of the life of faith. If nobody around you can help you in prayer, if no “elder” is at hand to pray the prayer of faith, fear not to go yourself to the Lord in the silence of solitude, like the woman who touched the hem of His garment. Commit to Him the care of your body. Get quiet before Him and like the poor woman say, “I will be healed.” Perhaps it may take some time to break the chains of your unbelief, but assuredly none that wait on Him shall be ashamed (Ps. 25: 3) 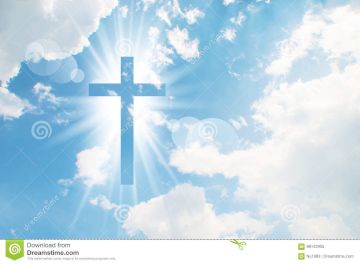 Next post: FF Bosworth Christ The Healer 0007 How to have your Prayers Answered