(Heretic on the Blood of Christ!)

John MacArthur talks out of both sides of his mouth.  While professing to believe in the sacrificial blood of Jesus, he also keeps saying that the "bleeding" itself is only symbolic of the death of Christ.  Well Mr. MacArthur, the blood that Jesus shed was just as real as His death.  When the death angel came over Egypt in Moses day, the blood had to be applied to the doorposts of the home or else the firstborn died.  Killing the lamb wasn't enough, the blood HAD TO BE APPLIED.  John MacArthur is a heretic for DIMINISHING the importance and necessity of the literal shed (and applied) blood of the Lord Jesus Christ.  Jesus had to apply His shed blood in heaven on the mercy seat, just as the Old Testament high priest had to apply the blood in the holy of holies.

On January 2, 2005, John Macarthur gave a sermon to his congregation in which he described the state of his church. In that sermon John Macarthur stated, “I feel like part of the ministry I must discharge before the Lord and you is a ministry of warning about danger. Our church is not in particular danger from some dominating iniquity. It is not in particular danger from some infiltrating heresy. It is not in danger from some loss of resources financially or human. Everything you can see on the surface looks to be good. And we would have every reason to think we stand, and still be on the brink of a fall.”

John Macarthur said that his church was not in particular danger from infiltrating heresy. This paper will show that a dangerous heresy has infiltrated his church; a heresy known generally as the church growth movement. And this paper will show that this movement, being backed by globalists and being used to fulfill their one-world agenda, is now manipulating GCC into that same agenda.

The goal of the ecumenical movement is to create a one-world religion for the worship of Lucifer. Ecumenists (bridge-builders) in the leadership of the various denominations direct the churches to set aside their differences, find common ground, and unify. John Macarthur preaches against ecumenism, however, his family and ministry are firmly rooted in the ecumenical movement.

John MacArthur teaches the pretribulation rapture lie and supports neoconservatism. His ministry logo indicates he worships the sun god of the mystery religions. 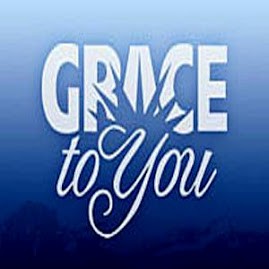 For "denying himself and picking up his cross" part time, John Macarthur earns more than the President of the United States

Like many corporate leaders John Macarthur is well compensated financially. It's in the public record that for the 2011 calendar year John Macarthur earned $402,444 for working PART-TIME for Grace To You and $103,000 for The Master's College and Seminary.  That's more than $500,000, not counting his church salary, book royalties, speaking fees, etc.  John Macarthur's two sons hold the positions of treasurer and director at Grace To You.  His Grace To You salary can be seen on page 7 of the link here.  Remarkably, for working just part time for Grace To You, John Macarthur earns more than the annual salary of the President of the United States (which is $400,000).  In light of Macarthur's teaching that all Christians are slaves, he certainly is one highly-paid slave.

They went as far as depicting we were actually physically murdering John MacArthur by shooting him with blood appearing.

John MacArthur equates 33 degree Freemason to be a Christian

[6] As ye have therefore received Christ Jesus the Lord, so walk ye in him:
[7] Rooted and built up in him, and stablished in the faith, as ye have been taught, abounding therein with thanksgiving.
[8] Beware lest any man spoil you through philosophy and vain deceit, after the tradition of men, after the rudiments of the world, and not after Christ.
[9] For in him dwelleth all the fulness of the Godhead bodily.

Next post: Peter Drucker’s Key Role in the Corruption of Evangelicalism