Have You ever heard any Truth through Lying lips, the Ruler´s of this World?! 1 John 5:19 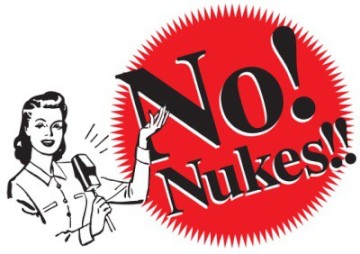 No Nukes Were Dropped on Hiroshima and Nagasaki

“In Hiroshima I was prepared for radically different sights. But, to my surprise, Hiroshima looked exactly like all the other burned-out cities in Japan. There was a familiar pink blot, about two miles in diameter.

It was dotted with charred trees and telephone poles. Only one of the cities twenty bridges was down. Hiroshima’s clusters of modern buildings in the downtown section stood upright. It was obvious that the blast could not have been so powerful as we had been led to believe. It was extensive blast rather than intensive.

I had heard of buildings instantly consumed by unprecedented heat. Yet here I saw the buildings structurally intact, and what is more, topped by undamaged flag poles, lightning rods, painted railings, air raid precaution signs and other comparatively fragile objects. At the T-bridge, the aiming point for the atomic bomb, I looked for the “bald spot” where everything presumably had been vaporized in the twinkling of an eye. It wasn’t there or anywhere else.

I could find no traces of unusual phenomena."

(They have removed the possibility to watch this video here but click the link: https://www.youtube.com/watch?v=ejCQrOTE-XA)

"Galen Winsor is a nuclear physicist of renown who worked at, and helped design, nuclear power plants in Hanford, WA; Oak Ridge, TN; Morris, IL, San Jose, CA; Wimington, NJ. Among his positions of expertise he was in charge of measuring and controlling the nuclear fuel inventory and storage.

Galen Winsor has traveled and lectured all over America, spoken on national talk radio, and made several videos exposing the misunderstood issues of nuclear radiation. He shows that fear of radiation has been exaggerated to scare people ... so a few powerful people can maintain total control of the world's most valuable power resource. Filmed by Ben Williams in 1986." Read more 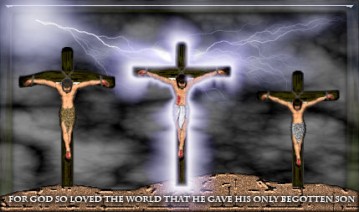 Let the nations be aroused And come up to the valley of Jehoshaphat, For there I will sit to judge All the surrounding nations.

I agree that the powers of the world are liars but I don’t think this is true.

The Bible is clear that the ten horns will burn Babylon in one hour. Using known technology, the only possible way they would be able to do that would be nuclear weapons.

They even tried to use them to breach the dome firmament with Operation Fishbowl in the late 1950’s. Many flat earth videos talk about this.

They say true things are lies..

They say lies are the truth..

I’m sure they aren’t beyond telling lies about things that are true to make them seem like lies. They call them psy-ops.

They have many layers of obscurity to some of their lies which provide them temporary security to commit further sinful acts behind closed doors.

I read about Hiroshima and what people in USA (Oppenheimer and so on..) did. Read that it was not nuclear... Of course we cannot be sure but we do know that the psycopaths love to scare the World!

Next post: Top Illuminati Grand Wizard: “We Control Islam and We'll Use It