Your U.S. government can now legally kill Christians for the “crime” of worshipping Jesus Christ!  A diabolic deception has been perpetrated on the American people by their OWN leaders, Senators and Congressmen, who have sold their soul to the devil.  On March 5, 1991, in the House of Representatives, and March 7, 1991, in the U.S. Senate, without any knowledge of, or input by, the people of the United States, U.S. Senators and Congressmen passed a law that is so outrageous – and frankly unconstitutional – that it forces the American people to be bound by a set of monstrous rules, called the Noahide Laws, rules that make the belief in Jesus Christ a crime punishable by decapitation by guillotine!  On March 20, 1991, President George H.W. Bush, a supposed Christian, signed the bill into law.

Before you respond, “NO, that cannot be – not in our free country!” let me explain.

The passage of this law, HJ Res. 104, is especially troublesome to me because I was a member of the U.S. House of Representatives at the time it was passed.  Even worse, I was in the House Chamber the very day that is was passed, voting on other legislation.  Yet I, as a U.S. Congressman, had NO KNOWLEDGE that it had been passed or even that it was to be brought up for a vote.

How could this be?  How could the deception be so pervasive that those of us who had sworn to uphold our country’s Constitution, particularly those of us (few, indeed) who really took our position seriously as the protectors of the people, could be totally in the dark regarding the content of this bill and its passage by the leaders of this country – by treachery and deceit?

Here’s how it happened!

On January 31, 1991, an innocuous-sounding Resolution was introduced, designating March 26, 1991 as “Education Day, USA.”  It was purposely given this name to deceive the American people.  It was, in fact, a Double Deception because not only did the Resolution have nothing to do with “Education,” it was also deceptively billed as a vehicle for recognizing the eighty-ninth birthday of Rabbi Menachem Mendel Schneerson.  But in truth, the Resolution was nothing less than a secret, under-handed plot to control the American people by the Noahide Laws – a subterfuge for the elimination of Christianity, the elimination of all Christians, and the enslavement of all remaining “Gentiles.”

The Resolution, first introduced by Minority Leader, Rep. Robert H. Michel of Illinois, was then referred to the House Post Office and Civil Service Committee.

Early in March 1991, 225 members of the House had signed on as co-sponsors of this Resolution, but it is highly doubtful they were given the full text of the document.  They were probably told only that it was a Resolution in honor of Rabbi Schneerson’s birthday.  Most likely they had no knowledge that the treacherous Noahide Laws were a silent attachment.  I was not one of the co-sponsors.

The committee referred this Resolution to the House for a vote on March 5, 1991.  But here is where the real treachery begins!  The record states that the House of Representatives passed this Resolution by “Unanimous Consent.”  But what the average American does not know is that “Unanimous Consent” is a euphemism for getting a bill passed “under the radar” with almost NO ONE present to vote AND with NO RECORD of who voted or HOW they voted.

Make no mistake about it, what appeared to be nothing more than a recognition of the eighty-ninth birthday of Rabbi Schneerson and the establishment of Education Day in the United States will be claimed by the proponents of this Resolution as the establishment of a law by which a Christian who worships Jesus Christ will be charged with idolatry and decapitated.

Jews, who by their financial contributions to members of Congress, claim they control what Congress will or will not do.  A look at the recent history of U.S. politics confirms this.  “He who has the gold – rules!”

The Jews claim that with their financial contributions they have bought control of the U.S. Congress, and so they have.  As proof of this statement no one needs to search further than the blunt words of Israeli Prime Minister, Ariel Sharon, uttered on October 3, 2001 to his colleague, Shimon Peres:

“Every time we do something, you tell me America will do this and will do that…I want to tell you something very clear: Don’t worry about American pressure on Israel.  We, the Jewish people, control America, and the Americans know it.”

The Jewish Encyclopedia envisages a Noahide regime as a possible world order (One World Government) immediately preceding the “universal reign of the Talmud.”  A terrifying prospect, indeed!

The main goal of the Zionist Jews and their New World Order is exactly the same as it was when Jesus was on earth – to exterminate Christ – and His followers!  Nothing has changed.

Sorry, but the article is removed! But this blog has more to read about concerning NOAHIDE-LAWS. See "category") 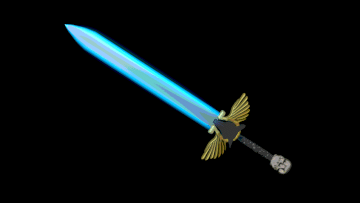 About Judaism-Babylonian Talmud and more:

Ye are of your father the devil, and the lusts of your father ye will do. He was a murderer from the beginning, and abode not in the truth, because there is no truth in him. When he speaketh a lie, he speaketh of his own: for he is a liar, and the father of it. John 8:44

Here is a more expansive post on this issue; http://www.spingola.com/dannemeyer.html

The Jews spin the lie about Noahide Laws being good for all mankind.

The Jews are very crafty since Jewish rabbis are openly stating that they are forbidden to call Gentiles humans, as only Jews can be humans, so this means that the Noahide Laws will be good for Jews alone, and NOT for Gentiles.

How the Jews do it;
http://noahide.org/united-world-in-united-nations/

The Jews control the UN and want Noahide Laws in all nations of the world;

Rabbis say to kill all who do not follow Noahide laws when the world comes under one world NWO Judaic government, here is an ordinary, non-extremist average rabbi speaking to a Jewish audience about what the Noahide Laws really mean, and even here he is being very economical with the truth, as Jewish armies are in truth commanded to take only females as prisoner who have not yet known a man by laying with him, this means all females except virgins will be slaughtered when the Noahide Laws are enforced by controlled NATO and other treaty nation forces, likely along with their psy-ops, black-ops ISIS, Taliban, Al Nusra, Al Qaeda mercenary soldiers, merely for being Christian, Muslim, Hindu, Buddhist, Sikh, Jain, etc., with the people following those 'idolatrous' religions numbering 6 BILLION alone, and the females left alive will not be kept for breeding (though maybe some female Gentiles might be left alive for the male Gentile slaves to breed with, or maybe those male slaves will be the very last of their kind), as the Jewish lineage can only be passed on through a Jewish female, so the virgin Gentile females, who will only be kept to be raped, will be young children in the main, and then they will certainly be slaughtered after being raped, as even modern Israeli soldiers have done in accordance with demonic Jewish law.

Nästa inlägg: Beware of Jack Van Impe who is a false Christian!!