1 Thessalonians 5:3 For when they shall say, Peace and safety; then sudden destruction cometh upon them, as travail upon a woman with child; and they shall not escape.

United Nations signs "Declaration of the Seven Laws of Noah"

- The purpose of the United Nations was to "establish peace", a goal about which we can find little to quarrel. However, the Bible teaches that, since man is inherently very evil, the only time in which this world will experience peace is when it is being ruled by Jesus Christ.

Putin is a friend of the orthodox Jews the same as the whole world´s politicians! Video 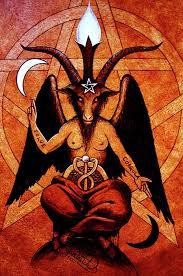 Revelation 20:4 Then I saw thrones, and they sat on them, and judgment was given to them And I saw the souls of those who had been beheaded because of their testimony of Jesus and because of the word of God, and those who had not worshiped the beast or his image, and had not received the mark on their forehead and on their hand; and they came to life and reigned with Christ for a thousand years.

Next post: About the Unitarian Universalist Association - UN & NOAHIDE LAWS