The local institutional church world is full of misinformation, inventions of men, half-truths, and distortions and nowhere is that more apparent than in the introduction of "the pastor" or "the pastorate" into the world of Christendom.
(Keep in mind that throughout this brief article, I am employing the term “pastor” or “pastorate” as it is used within the local institutional church system and NOT in any sort of “Biblical sense,” for there is no Biblical sense!)
There are multitudes of denominations, theological persuasions, confessions of faith, creeds, all sorts of Bible interpretations, practices, traditions, rituals, styles of worship,…you name it…, that has taken over and inundated the Christian world.
There is not one single “pastor” who has actually examined all of these ideas and practices and then, using the Scriptures, arrived upon his own system of theology that he will be identified with. Not one.
The majority of “pastors” (if not all) “enter the ministry” with the mind-set or theological persuasion that they were already raised in and/or what has been taught to them at their Bible college, seminary or academy. A “pastors” openness or introduction to the practices and belief systems of other strands of Christian teaching and theology would be very basic to say the least and would involve very rudimentary instruction and just enough acquaintance to prove to someone else the supposed falseness or erroneous of it, should any question arise.
And of course, this instruction would all be from a rather adversarial-type approach and in no way with the possibility that there be any shred of truth which may be in opposition to the “pastors” present thinking.
In other words, having a teachable spirit and an open mind in regards to other positions is off limits. To really study, check, and research would be a “waste of time.”
Upon completion of their ministerial training, (the pastor) student will usually reside back in their “home church” (or a similar institution of like-mindedness). Again, their exposure to the teachings and practices of other Christian thinking would be very minimal at the most.
After a brief time of “residency,” the pastor (or new elder) is “voted in” his new position; participates in the pre-planned “installation service,” with all of its pomp and adulation; and he is officially “ordained,” and now he’s ready to go!
Some churches will have you sign contracts; make vows to adhere to the tenants of the assembly and/or denomination, along with other stipulations. But other than that, he has officially “entered the ministry.” He now has a “church of his own” and a “flock of his own.”
If the new elder or pastor hasn’t already, along with his new occupation comes the privilege of making new friends; new associates; new contacts; widening his sphere of ministry and influence. (All of course associating with those of similar beliefs)
Read more 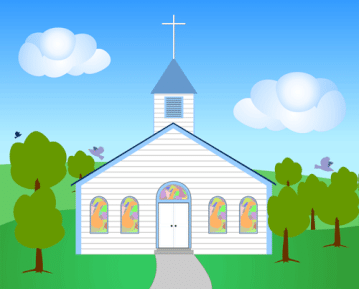