QUOTES BY JEWS ABOUT JEWS

"The Talmud is to this day the circulating heart's blood of the Jewish religion. Whatever laws, customs, or ceremonies we [Jews] observe -- whether we are Orthodox, Conservative, Reform or merely spasmodic sentimentalists -- we follow the Talmud. It is our common law." (A History of the Jews, Solomon Grayzel).

"In 1918, Count Mensdorf, the Jewish Ambassador from Austria to England was quoted as saying: "We (Jews) won the war (WWI); we made it, thrived on it; profited from it. It was our supreme revenge on Christianity."

(Also in the above quote: "We know that as a race, they have the sly characteristics of the serpent. We know from history that they are the makers of war and brag about it.")

"The Jew, Marcus Eli Ravage, writing in the January 1928 issue of CENTURY MAGAZINE said: "We Jews are at the bottom of nearly all your wars; not only of the Russian but of every other major revolution in your history. . . We did it solely with the irresistable might of our spirit, with ideas, and propaganda."

"There is scarcely an event in modern Europe that cannot be traced back to the Jews. We Jews today are nothing else but the world's seducers, it's destroyers, it's incendiaries, it's executioners." --The Jew Oscar Levy, in the preface to his book "The world significiance of the Russian revolution."

"The Bolshevik revolution in Russia was the work of Jewish brains, of Jewish dissatisfaction, of Jewish planning, whose goal is to create a new order in the world. What was performed in so excellent a way in Russia, thanks to Jewish brains, and because of Jewish dissatisfaction and by Jewish planning, shall also, through the same Jewish mental an physical forces, become a reality all over the world." (The American Hebrew, September 10, 1920)

“Internationalism must first be a state of mind, an ideal, a chivalry, a religion, before it can be a reality and a system.” — Samuel Zane Batten, The New World Order, 1919

“If the tide of history does not turn toward Communist internationalism … then the Jewish race is doomed.” --George Marlen, Stalin, Trotsky, or Lenin (New York, 1937), p. 414

“It is essential that the sufferings of Jews.. . become worse. . . this will assist in realization of our plans. . .I have an excellent idea. . . I shall induce anti-Semites to liquidate Jewish wealth. . . The anti-Semites will assist us thereby in that they will strengthen the persecution and oppression of Jews. The anti-Semites shall be our best friends”. (From his Diary, Part I, pp. 16) 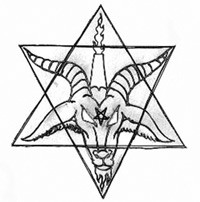 Don´t blame me för the quotes.

Blame them which have been quoted.

I know that they hate everybody that is telling the truth.

If you love the truth you will be an "antisemite" in their eyes.

I prefer to be called an antisemite than to betray Jesus Christ God´s beloved Son and my Saviour!

Probably I have ancestors which are Jews.

But only a REMNANT will be saved all over the World - Jews and not Jews alike!

ARE YOU AMONG THEM !?