Redeemed from the curse of the law ~ by J. C. Philpot

Who Shall Dwell with the Devouring Fire? by Horatius Bonar

We must either take refuge under the wing of the Substitute — or bear the wrath eternally ourselves. Which is the wiser, safer way for a helpless sinner?

"I am crucified with Christ nevertheless I live; yet not I, but Christ lives in me and the life which I now live in the flesh, I live by faith in the Son of God, who loved me, and gave himself for me." Galatians 2:20

The cross of our Lord Jesus Christ is the greatest mystery of divine wisdom and Almighty power, of eternal love and super-abounding grace, which could ever have been displayed before the eyes of men or angels. I call it a mystery, not only as incomprehensible by natural intellect, but because the very essence of a mystery, in the Scripture sense of the term, is to be hidden from some and revealed to others. Thus the Lord said to his disciples when they asked him why he spoke unto the multitude in parables, "Because it is given unto you to know the mysteries of the kingdom of heaven, but to them it is not given." (Matt. 13:11.) In the same spirit he on another occasion said, "I thank you, O Father, Lord of heaven and earth, that you have hid these things from the wise and prudent, and have revealed them unto babes even so, Father; for so it seemed good in your sight." (Luke 10:21.)

The cross, then, is a mystery, not only as enfolding in its bosom the deepest treasures of heavenly wisdom and grace, but because the power and wisdom of it are hidden from some, and made known to others. The apostle, therefore, begs of the saints at Ephesus that they would pray for him that utterance might be given unto him that he might open his mouth boldly, to make known the mystery of the gospel, for which he was an ambassador in bonds. (Eph. 6:19, 20.) And again he says, "Although I am less than the least of all God's people, this grace was given me: to preach to the Gentiles the unsearchable riches of Christ, and to make plain to everyone the administration of this mystery, which for ages past was kept hidden in God, who created all things." (Eph. 3:8, 9.)

Salvation by the cross was of all doctrines the most offensive, and the most unintelligible. That the promised Messiah would be crucified, was unto the Jew, who anticipated a triumphant king, a stumbling block; that a crucified man was the Son of God was to the Greek foolishness, for it contradicted sense and reason. Thus the preaching of the cross was to those who perish foolishness. But there were those whose eyes were divinely enlightened to see, and their hearts opened to believe and receive it. He therefore adds, "But unto us who are saved it is the power of God." (1 Cor. 1:18.) Though foolishness to the learned Greek, there were those who saw in the cross a wisdom as much surpassing all other as the midday sun surpasses the faintest star; which made the apostle say, "We do, however, speak a message of wisdom among the mature, but not the wisdom of this age or of the rulers of this age, who are coming to nothing. No, we speak of God's secret wisdom, a wisdom that has been hidden and that God destined for our glory before time began. None of the rulers of this age understood it, for if they had, they would not have crucified the Lord of glory." (1 Cor. 2:6-8.)

This, then, is the mystery of the cross; this is the hidden wisdom which God ordained before the world unto our glory, that the Son of God, who as God the Son, is co-equal and co-eternal with the Father and the Holy Spirit, should take our nature into union with his own divine Person, and in that nature should suffer, agonize, bleed, and die; that by his sufferings, blood-shedding, and death an innumerable multitude of sinners should be redeemed from the curse of the law and the damnation of hell, and be saved in himself with an everlasting salvation. It is not my present object to enter further into the depth of this mystery as a display of the infinite wisdom, love, and grace of God; but I may briefly say that by the cross of our suffering, dying Lord, justice and mercy were thoroughly harmonized; every attribute of God blessedly glorified; the Son of his love supremely exalted; redemption's work fully accomplished; the church everlastingly saved; Satan entirely baffled and defeated; and an eternal revenue of praise laid up to redound to the glory of a triune Jehovah. Well then may we say, "Great is the mystery of godliness God manifest in the flesh." (1 Tim. 3:16.)

But there never lived a man more deeply penetrated, or more thoroughly and inwardly possessed with a sense of the grace and glory displayed in this mystery than the apostle Paul. Such wisdom and power, such love and grace, such fullness of salvation did he see and feel in the cross, that, as a preacher of the gospel, he was determined to know nothing among men, but Jesus Christ and him crucified. United to Christ by a living faith, he could declare, "May I never boast except in the cross of our Lord Jesus Christ, through which the world has been crucified to me, and I to the world." (Gal. 6:14.) And knowing experimentally what it was to have sacred fellowship with Christ in his sufferings and death, he could speak of himself as being crucified with him, as if he were so one with Jesus in spirit, so conformed to his suffering image, and so baptized into his death, that it was as if Christ and he were nailed to one and the same cross. "I am crucified," he says, "with Christ nevertheless I live; yet not I, but Christ lives in me and the life which I now live in the flesh, I live by the faith of the Son of God, who loved me, and gave himself for me." 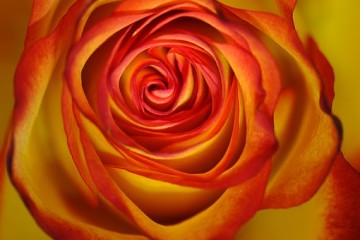 Previous post: Four Things You May Not Know about Jews and Israel ~ Video

Next post: Jesus You Are My Healer & I Heard the Voice of Jesus ~ Music/Video