Deuteronomy 7:12, “Wherefore it shall come to pass, if ye hearken to these judgments, and keep, and do them, that the LORD thy God shall keep unto thee the covenant and the mercy which he sware unto thy fathers.”

Revelation 11:8, “And their dead bodies shall lie in the street of the great city, which spiritually is called Sodom and Egypt, where also our Lord was crucified.”

Heresy is creeping into the churches by the hour. Joel C. Rosenberg seems to be a genuine born-again Christian from what I have read on his website, but he's deceived concerning the nation of Israel today. Sadly, Rosenberg, who is half Jewish himself (his father is Jewish and his mother a Gentile), is a Zionist shill (deceiver) who glorifies Satanic Israel and demonizes the Arab peoples. Present-day Israel is NOT the fulfillment of Bible prophecy. Hosea 3:4-5 teaches that when the Jews repent and turn toward their true Messiah, Jesus Christ, only then will God restore Israel. In sharp contrast, present-day Israel was established in 1948 by the United Nations (Illuminati). You'll never hear any of these Zionist false prophets; like John Hagee, Mike Huckabee and Joel Rosenberg, exposing the Illuminati. Hagee used to many years ago, but was bought off, now making tens-of-millions of dollars!!!

To no surprise, Joel is a favorite of pro-Zionist FoxNews. He's also a top selling author on the New York Times Best-Seller list of Zionist garbage. Pat Robertson (another Zionist shill) has frequently invited Joel Rosenberg onto The 700 Club to spew his Zionist propaganda. To support present-day Israel is to support the Illuminati. Revelation 17:18, “And the woman which thou sawest is that great city, which reigneth over the kings of the earth.” In fact, Israel is the Illuminati's whore!!! I don't even like to go into bookstores anymore, because of all the junk propaganda glorifying Zionism, Israel, Illuminati and the New World Order. Even more disgusting is that false prophets like Rosenberg exploit the name of Jesus Christ in their sinful support of the New World Order.

I want to vomit hearing Rosenberg demonize Arabs with the fraud of ISIS. In case you don't know, it was the CIA/Pentagon who created ISIS as a tool to overthrow Syria. U.S. Pentagon/CIA Taking Over Seven Countries (ISIS created as tool to overthrow Syria!!!). It's been reported in the mainstream news lately that ISIS are beheading children, raping Christian women, murdering Christians and setting up mosques in their path of destruction. Clearly, they are trying to sway American public opinion (particularly the religious right), to justify an attack against Syria and Iran. Numerous influential public figures have strongly called for nuking Iran. From Mike Huckabee and Rand Paul to John Hagee, they are 100% pro-Israel and STOP THE ARABS!!! I say, STOP THE ILLUMINATI!!! Why doesn't anyone expose the Jewish Talmud and Judaism, both straight from the pits of Hell beneath!

WAKE UP AMERICA! You are being lied to and deceived! Modern Israel is a counterfeit of true Israel, which doesn't exist today as a nation. The Illuminati (look on back of any U.S. one-dollar bill for their occult symbols) have already overthrown Iraq and Afghanistan. They control those nations 100%. They have taken over Egypt by a coup of their government. Remember that Revelation 17:18 says Jerusalem reigns over the kings (nations) of the earth. Wall Street and corporations rule the world today, and they control Israel and the U.S. government! Research history and you'll learn that Wall Street was behind the Russian Revolution and World War I. Wall Street financed Hitler's War machine. IBM manufactured the stamping machines to mark the prisoners. 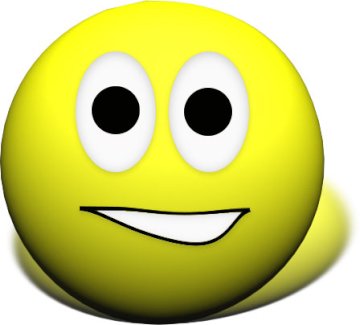 ..and a tool to further their (Illuminati/Satan worshippers) agenda to put Antichrist (Satan) on the throne in Jerusalem.

Revelation 17:18 And the woman which thou sawest is that great city, which reigneth over the kings of the earth.

Are not all who help Satan to sit on the throne in Jerusalem shills! And among them are many who calls themselves Christians! Netanyahu is happy.

(OBS! "One for Israel" promotes Rosenberg!)

Hell the most hated truth - by David Wilkerson

Previous post: We are all Being Programed to Accept the AntiChrist // Don't Fall For The Trick!