SAY NO TO WOMEN PASTORS 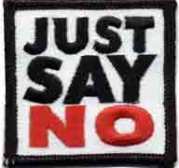 “I do not permit a woman to teach or to exercise authority over a man; rather, she is to remain quiet.” (1 Timothy 2:12)

Yet Another Attempt To Circumvent God’s Word

If I might be allowed a personal moment, this revised piece was originally to lend a shoulder to Jim Bublitz, a fellow contributor at the old Slice of Laodicea.

Jim, who is really struggling with his health right now, also had the excellent site Old Truth.com. I owe Jim a lot for all he taught me about the Internet.

The goal was to also bring a little further attention to his important post concerning women in the pastorate, no longer online, but which was entitled She’s a Teacher and a Preacher? Oddly enough, this issue is yet another “hot button” issue within the Body of Christ, although if we adhered to what God has actually said quite clearly within the text of the Bible itself it wouldn’t be. When will the evangelical community recognize Satan’s oldest and most effective strategy: Did God actually say? (cf. Genesis 3:1)

The absolute Truth is that no amount of textual gymnastics and humanistic compromise will ever actually change the fact that women cannot possibly be ordained to the office of pastor-teacher without violating God’s Word. And we will do well think about what happened when Adam and Eve tried ignoring what God had instructed them in the Garden of Eden. It lead to the LORD God Almighty expelling them from it, and their foolish decision would then plunge the entire race of mankind irreversibly (on our own power) into sin.

However, this issue of women pastors can actually be resolved rather easily by a quick look at the context of a few relevant Scriptures. Concerning elders in the local church, in Hebrews 13:17 we read — Obey your leaders and submit to them, for they are keeping watch over your souls, as those who will have to give an account. Here we can clearly see that within the setting of a given local congregation these elders are to be obeyed by church members, and that God the Holy Spirit instructs Christians to submit themselves to these elders because, as the Lord’s under-shepherds, they are keeping watch over your souls.

I’m not really a fan of the NIV over-all, however, it captures this well when it reads — Obey your leaders and submit to their authority. For you see, if we ordain women to this office of elder then we will find ourselves in hopeless contradiction with the Scripture in 1 Timothy 2:12 that I opened with — I do not permit a woman to teach or to exercise authority over a man. Since, in context, the passage from which this verse comes concerns the public assembly within the local church; and as such, would also be in complete harmony with Hebrews 13:17 because the congregation is to submit to the rule, or authority of these elders who preside over the congregation while keeping watch over their souls.

However, if a woman were to be in this role she would then have authority over a man. We also know, from the larger context of 1 Timothy 2:12-14, that this was not simply Paul’s personal opinion based on first century culture; because God the Holy Spirit guides His inspired Apostle to appeal to the created order itself in his argument. Verse 12 again — I do not permit a woman to teach or to exercise authority over a man; rather, she is to remain quiet. Why is this?

Verses 13 and 14 — For Adam was formed first, then Eve; and Adam was not deceived, but the woman was deceived and became a transgressor. As you can plainly see ,the argument pressed forth here has to do with God’s plan for men and women in general; and not with any of mankind’s capricious cultures. Next we consider that the pastor is actually the senior teaching elder, and the qualifications for the office of elder disqualify women because 1 Timothy 3:2 and Titus 1:6 require that if married the elder must be a the husband of one wife.

We Must Return To What The Bible Says

Now when we look further at the Lord’s plan for the wife we can again see why a woman cannot hold the office of pastor. Ephesians 5:22 tells the wife — Wives, submit to your own husbands, as to the Lord. Then there’s also Colossians 3:18 — Wives, submit to your husbands, as is fitting in the Lord. If a woman is ordained as a pastor, it then creates a reverse of this command because the husband would now be required to submit to his wife.

No, how much better that we be wise enough not make the exact same mistake that Adam made when he submitted to his wife and thereby opened her up to being deceived by the serpent. The truth is that Adam should have been protecting his wife Eve as God had ordained. And what’s been happening for years now is that these denominations who have been ordaining women to the office of pastor, in violation of the clear teaching of Holy Scripture, are making the identical mistake Adam made.

You need to understand that just as God will never truly bless the churches in the Church Growth Movement, such as those in at tractional and Emerging Church movements, who are watering down His message, and neither will the Lord approve denominations that are obliterating His plan for male leadership in His local churches. You need to realize, this is really not a minor issue at all. And what-is-more, right now, it is a gathering storm.

WORSHIP THE GOD IN SCRIPTURE

Next post: 'Tis So Sweet to Trust in Jesus