THE PROTOCOL SAYS AS IT IS 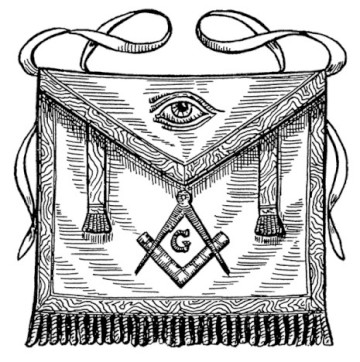 Are the Protocols a Forgery?

The document known now as The Protocols of the Learned Elders of Zion is one of the most important documents ever to come to light in the world. It can be described as the blueprint for the domination of the world by a secret brotherhood. In fact, the title of the second publication in 1922 was "World Conquest Through World Government".

It is graphic in its contempt for those who will be its victims, in its profound understanding of the human condition and mind; and it is equally graphic in detailing the methodology it will use against, and with the complicity of, the world's population, in such a way as to go unrecognized by the vast majority of the participants.

The Protocols of the Learned Elders of Zion is a document which should be read by all. No other single document provides us with such a clear understanding of why the world is gradually moving towards a One World Government, controlled by an irreproachable hidden hand. In The Protocols, we are given clear insights as to why so many incomprehensible political decisions are made in both local, national and international politics, which seem to continually work against the favor of the masses and in favor of the vested interests of the banking/industrial cartel -- the global power elite.

The average person normally reacts with outrage and horror today at the very suggestion that there may be a conspiracy as grand as The Protocols. But the average person has absolutely no information on which to base his or her opinion. The reaction to exposure of this ancient conspiracy is merely a pre-programmed Pavlovian reaction, created and instilled by the very perpetrators of the same ancient conspiracy. And today, very few will dare speak above a whisper of that all-encompassing oppression of mankind.

It is extremely rare today to find information about the ancient conspiracy, due to the mass censorship of the printed word, and the unwillingness of the general population to consider as a possibility something which they have been brought up since birth to see as outrageous and ridiculous. Each generation is born into a world of greater and greater censorship and illusion.

As you read further, please try to keep an open mind, and realize that your initial reaction has been conditioned over years of newspaper and television exposure. What you're about to read will shock you. Read more

"If you make people uniform, you can control them. If you teach people to read, and think, and question things, you lose control. So, the best idea is to separate people if you wish to maintain a monetary system. It's called divide and conquer. By dividing people, they're not a threat, you can control them." --Jacque Fresco

As Rabbi Rabinovich says ..they just wait for the right opportunity to destroy America!

Yes, America is completely overtaken by Satan! I know some about what happens to America.

And it is also happen to Sweden with help of the false Christians and the blind puppets of the politicians!

All the world worship the Jews (the false and their followers), but God will let his vengeance be poored out over the destroyers! (Luke 21)

The world war is not far away. They must kill in order to be satiesfied, blood thirsty as they are.

And as always they use other people (scapegoats), so they will not be discovered.

I am sure that without the false Jews and the bankers (false Jews), Hitler would not have victory! You can read for instance what Eustace Mullins and Anthony Suitton say.

They blamed it on the Germans, who they slaughtered in millions!

Pharisees are very active still - not just in Jesus days! They act in the same way. They kill white people and start wars! They hate Christ and his people - the Christians.

You can read about what "Rabbi" Rabinovich says and what the Protocol says, if you have not done it!

To read: http://whale.to/c/rabbi_rabinovich1.html
Wikipedia, which they of course also owns, denies that Rabinovich has said, what he has said!

Said by Rabinovich: "The Russians, as well as the Asiatic peoples, are well under control and offer no objections to war, but we must wait to secure the Americans. This we hope to do with the issue of ANTISEMITISM, which worked so well in uniting the Americans against Germany."

The Constitution of the US is being attacked like never before and it seems there will likely be another revolution or civil war soon if the rhetoric keeps going the way it is.

We have false flag shootings increasing, Democrat Senators threatening armed rebellion against the Republicans just last week and all social media banning any conservative values within just the last month.

Just as Jeremiah said, “and violence in the land, ruler against ruler”.

Babylon is deceived though. There will be no queen of the new world order.