Technology of the Gods - The Incredible Sciences of the Ancients

(source: Technology of the Gods - The Incredible Sciences of the Ancients p 147-209)

Nearly every Hindu and Buddhist in the world - hundreds of millions of people has heard of the ancient flying machines referred to in the Ramayana and other texts as vimanas.

Vimanas are mentioned even today in standard Indian literature and media reports. An article called “Flight Path” by the Indian journalist Mukul Sharma appeared in the major newspaper The Times of India on April 8, 1999 which talked about vimanas and ancient warfare: according to some interpretations of surviving texts, India’s future it seems happened way back in the past. Take the case of the Yantra Sarvasva, said to have been written by the sage Maharshi Bhardwaj.

This consists of as many as 40 sections of which one, the Vaimanika Prakarana dealing with aeronautics, has 8 chapters, a hundred topics and 500 sutras.

In it Bhardwaj describes vimana, or aerial aircrafts, as being of three classes:

Of special concern among these were the military planes whose functions were delineated in some very considerable detail and which read today like something clean out of science fiction.

For instance, they had to be:

Impregnable, unbreakable, non-combustible and indestructible capable of coming to a dead stop in the twinkling of an eye; invisible to enemies; capable of listening to the conversations and sounds in hostile planes; technically proficient to see and record things, persons, incidents and situations going on inside enemy planes; know at every stage the direction of the movement of other aircraft in the vicinity; capable of rendering the enemy crew into a state of suspended animation, intellectual torpor or complete loss of consciousness; capable of destruction; manned by pilots and co-travelers who could adapt in accordance with the climate in which they moved; temperature regulated inside; constructed of very light and heat absorbing metals; provided with mechanisms that could enlarge or reduce images and enhance or diminish sounds.

Notwithstanding the fact that such contraption would resemble a cross between an American state-of-the-art Stealth Fighter and a flying saucer, does it mean that air and space travel was well known to ancient Indians and airplanes flourished in India when the rest of the world was just learning the rudiments of agriculture?

Aerial battles and chases are common in ancient Hindu literature. What did these airships look like? The ancient Mahabharata speaks of a vimana as “an aerial chariot with the sides of iron and clad with wings.”

The Ramayana describes a vimana as a double-deck, circular (cylindrical) aircraft with portholes and a dome. It flew with the “ speed of the wind”, and gave forth a “melodious sound” The ancient Indians themselves wrote entire flight manuals on the care and control of various types of vimanas. The Samara Sutradhara is a scientific treatises dealing with every possible facet of air travel in a vimana. There are 230 stanzas dealing with construction, take-off, cruising for thousands of miles, normal and forced landings, and even possible collusions with birds!

Would these texts exist (they do) without there being something to actually write about? Traditional historians and archaeologists simply ignore such writings as the imaginative ramblings of a bunch of stoned, ancient writers.

Hitler and the Nazi staff were exceptionally interested in ancient India and Tibet and sent expeditions to both these places yearly, starting in the 30’s, in order to gather esoteric evidence that they did so, and perhaps it was from these people that the Nazis gained some of their scientific information!

Nimrod was a giant and was used by Satan to destroy the earth. 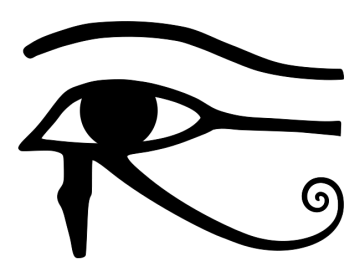