The Antichrist Will Establish the Mosaic Law 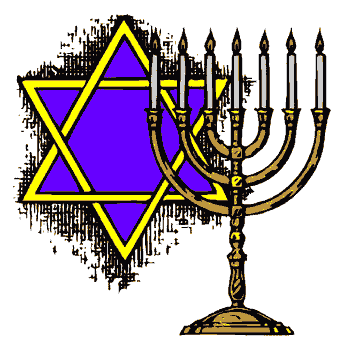 The Antichrist Will Establish the Mosaic Law

The Antichristian empire prophesied to develop all over the world in the period just prior to the Second Advent of Christ is characterized by an identifying sign or mark. It is called in the Book of Revelation the “Mark of the Beast” (specifically in Revelation 16:2 and 19:20). This beast represents the final world kingdom of mankind that will exist through the agency of Satan the Devil. And it will exist with the full approbation of God the Father and Jesus Christ. All people need to know the telltale signs that will be the standard of identification for this end-time empire. Christians especially need to understand what the “Mark of the Beast” entails in order to recognize the signs identifying this world empire.

A great counterfeit system to the prophesied Kingdom of God under the authority of Jesus Christ (the true Messiah) is soon to emerge on the political scene. It will so closely resemble that millennial kingdom and people will appraise it as the very kingdom of Jesus Christ and that the person heading it is no less than Christ Himself returned to earth. What a shock for all people in the world when they discover this end-time empire is ruled by Satan.

Let us understand some of the main characteristics of Satan the Devil that people in the world know nothing about. They imagine Satan as looking like the epitome of evil: a being with a forked tail, horns on his head, red all over, showing the evil eye, pitchfork in hand, a goatee beard, and uttering a continual stream of obscenities and blasphemies from his mouth. This is the normal depiction of Satan foisted on the world since Constantine the Great in the 4th century C.E. But such a description is far from the truth. Indeed, this is the very image that Satan himself wishes all people to imagine in order to deceive them. In no way is such a description correct.

The apostle Paul under divine inspiration from Christ Himself said that Satan appears to mankind as being the epitome of righteousness and goodness, and his ministers appear the same way.

“For Satan himself is transformed into an angel of light. Therefore it is no great thing if his ministers also be transformed as the ministers of righteousness.”

The Bible reveals that Satan is really an “old serpent” (very wise and cagey) “called the Devil, and Satan, which deceives the whole world” (Revelation 12:9). He has deceived the totality of this world, at one time or another, into believing that he is an evil look­ing personality who represents utter repugnance and horror to all human beings. All human societies throughout the ages have illustrated some kind of supreme evil being who causes harm and destruction to humans, and almost always depict him as looking hideous. They show him to be a revolting and bad person.

It is this “evil looking” Satan that Satan has wanted people to imagine as the great murderer, slanderer, and adversary of mankind. The reason for this is to deceive mankind into accepting his teachings and manner of life.

In no way does Satan appear as an evil being with horrid characteristics. He actually appears, as the apostle Paul said, as an angel of light. He looks so good, so wonderful, so resplendent, and so righteous on the surface. Note that our first mother Eve was attracted to the teachings and appearance of the “serpent” who instructed her in the Garden of Eden. Eve equated Satan and his authority with God Himself. He appeared to Eve as a being that could compete with God and one who had the appearance of authority and wisdom. She was deceived into believ­ing that Satan (that old serpent called the Devil) was a representative of heaven itself and one who possessed the wisdom of the Almighty.

“And he caused all, both small and great, rich and poor, free and bond, to receive a mark in their right hand, or in their foreheads. And that no man might buy or sell, save he that had the mark.” Revelation 13:16–17