The Antichrist Will be a Jew

"And then the lawless one (the antichrist) will be revealed and the Lord Jesus will slay him with the breath of His mouth and bring him to an end by His appearing at His coming." 2 Thess. 2:8

~~~~
The Antichrist — Arthur W. Pink
The Antichrist will be a Jew, though his connections, his governmental position, his sphere of dominion, will by no means confine him to the Israelitish people. It should, however, be pointed out that there is no express declaration of Scripture which says in so many words that this daring Rebel will be "a Jew;" nevertheless, the hints given are so plain, the conclusions which must be drawn from certain statements of Holy Writ are so obvious, and the requirements of the case are so inevitable, that we are forced to believe he must be a Jew. To these hints', conclusions' and requirements' we now turn.

1. In Ezek.21:25-27 we read: "and thou, profane wicked prince of Israel, whose day is come, when iniquity shall have an end, Thus saith the Lord God; Remove the diadem, and take off the crown: this shall not be the same: exalt him that is low, and abase him that is high. I will overturn, overturn, overturn it: and it shall be no more until he comes whose right it is, and I will give it him." The dispensational place and scope of this passage, is not hard to determine. The time-mark is given in v.25: it is "when iniquity shall have an end." It is the End-Time which is in view, then, the End of the Age, when "the transgressors are come to the full" (Dan.8:23 and cf.11:36 -- "Till the indignation be accomplished"). At that time Israel shall have a Prince, a Prince who is crowned (v.26), and a Prince whose day is said to be come when "iniquity shall have an end." Now, as to who this Prince is, there is surely no room for doubt. The only Prince whom Israel will have in that day, is the Son of Perdition, here termed their Prince because he will be masquerading as Messiah the Prince (see Dan.9:25)! Another unmistakable mark of identification is here given, in that he is expressly denominated "thou, profane wicked Prince" -- assuredly, it is the Man of Sin who is here in view, that impious one who shall "oppose and exalt himself above all that is called God." But what should be noted particularly, is, that this profane and wicked character is here named "Prince of Israel." He must, therefore, be of the Abrahamic stock, a Jew!

Mark, that it is very popular and also "appropriate" to blame everything on the Muslims especially by their enemies - the Jews (the synagogue of Satan).

I think Antichrist will come from the same people who killed Jesus the Messiah.

Perhaps from Bethlehem the same place where Jesus the Christ was born....?! 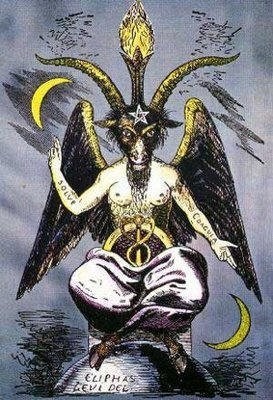