The Goals of the Illuminati & Communist Goals

In his book, Conspirator’s Hierarchy: The Story of the Committee of 300, Dr. John Coleman lists the ways and means the Illuminati and their accomplices plan to create a New World Order according to their designs:

1. The creation of a One World Government with one single church and one single currency under their control.

2.The total destruction of every national identity and all national pride, because only then will people accept a super-national world government.

3. The destruction of every religion, especially Christian denominations. The only exception: a “religion” of their creation.

4. The establishment of thought-control techniques with the goal of creating human robots who respond to external impulses and direction.

5. The end of industrialization with the exception of the computer and service sectors. A “post-industrial zero growth society” is the goal. The other industry branches will be transferred to more cost-effective third world countries.

6. To encourage or even to legalize drug usage and to make “art” out of pornography, which will first be generally accepted and finally be seen as totally normal.

7. To undertake the depopulation of larger cities following the example of Pol Pot’s bloodbaths in Cambodia.

8. The suppression of all scientific development except that which serves the purposes of the Illuminati.

9.To bring about the premature death of 3 billion people by the year 2050—either through “regional warfare” in developed countries, or through starvation and sickness in under-developed nations. The Committee of 300 (under the direction of the Illuminati) commissioned Cyrus Vance (US Secretary of State under Carter) to write a paper on how such a population reduction could be managed. The paper was called Global2000Report and was accepted and approved of by President Carter and Edwin Muskie, the then-Secretary of State, for and in the name of the US government. One of the conditions of the Global2000Report states that the US population must be reduced by 100 million people by the year 2050. 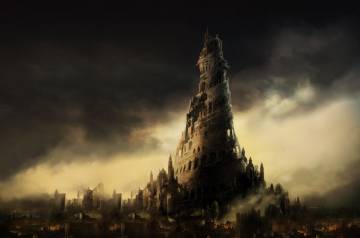 1. U.S. acceptance of coexistence as the only alternative to atomic war.

2. U.S. willingness to capitulate in preference to engaging in atomic war.

3. Develop the illusion that total disarmament [by] the United States would be a demonstration of moral strength.

4. Permit free trade between all nations regardless of Communist affiliation and regardless of whether or not items could be used for war.

5. Extension of long-term loans to Russia and Soviet satellites.

6. Provide American aid to all nations regardless of Communist domination.

8. Set up East and West Germany as separate states in spite of Khrushchev's promise in 1955 to settle the German question by free elections under supervision of the U.N.

9. Prolong the conferences to ban atomic tests because the United States has agreed to suspend tests as long as negotiations are in progress.

10. Allow all Soviet satellites individual representation in the U.N.

11. Promote the U.N. as the only hope for mankind. If its charter is rewritten, demand that it be set up as a one-world government with its own independent armed forces. (Some Communist leaders believe the world can be taken over as easily by the U.N. as by Moscow. Sometimes these two centers compete with each other as they are now doing in the Congo.)

12. Resist any attempt to outlaw the Communist Party.

13. Do away with all loyalty oaths.

15. Capture one or both of the political parties in the United States.

16. Use technical decisions of the courts to weaken basic American institutions by claiming their activities violate civil rights.

17. Get control of the schools. Use them as transmission belts for socialism and current Communist propaganda. Soften the curriculum. Get control of teachers' associations. Put the party line in textbooks.

18. Gain control of all student newspapers.

19. Use student riots to foment public protests against programs or organizations which are under Communist attack.

2 Cor. 4:3 But if our gospel be hid, it is hid to them that are lost:4 In whom the god of this world hath blinded the minds of them which believe not, lest the light of the glorious gospel of Christ, who is the image of God, should shine unto them.