The first question that arises in response to The Magdalene Sisters, Peter Mullan’s controversial, critically acclaimed film about Irish penitential asylums for wayward girls and women, is: Did these horrors really happen?

Did the Magdalene asylums, originally established in the nineteenth century by the Sisters of Mercy as spiritual refuges for prostitutes and other women penitents, go on to hold girls and even grown women against their will, for disgraces ranging from extramarital pregnancy to mere flirting or even having been raped?

Did some women grow old and die working in the infamous Magdalene laundries, not necessarily out of personal conviction or desire for a vocation to lifelong penance, but more or less because the doors were locked?

Were girls brutally beaten for inadvertent or minor offenses, stripped naked and mocked by sadistic nuns over the sizes of their various body parts, abused in other ways?

Tragically, it seems that there may indeed be truth to these charges. While The Magdalene Sisters is a work of fiction, the abuses it depicts are allegedly based on credible survivor accounts of life in the Magdalene institutions, which are said to have taken in as many as 30,000 women between their inception in the 1880s and their final closing in 1996. In fact, there are reports that, according to some survivors, the abuses depicted in The Magdalene Sisters actually fall short of the worst that really happened, and the director himself has commented that he refrained from recreating the most terrible reported incidents for fear of overwhelming and alienating the audience.

Magdalene asylums were slave labor laundries from the 18th to the late-20th centuries ostensibly to house "fallen women", a term used to imply female sexual promiscuity. Asylums for such girls and women and others believed to be of poor moral character, such as prostitutes, operated throughout Europe and North America for much of the nineteenth and well into the twentieth century. London's Magdalen Asylum was active from 1758 to 1966.[1] The first such asylum in Ireland opened on Leeson Street in Dublin in 1765, founded by Lady Arabella Denny.

Kathy's Story: A Childhood Hell Inside the Magdalen Laundries 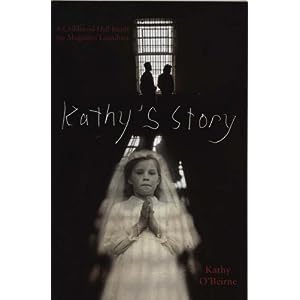 BOOK: Do Penance or Perish: Magdalen Asylums in Ireland

Frances Finnegan traces the development of Ireland's Magdalen Asylums - homes that were founded in the mid-nineteenth century for the detention of prostitutes undergoing reform. The inmates of these asylums were discouraged - and many forcibly prevented - from leaving,and sometimes were detained for life. Put to work without pay in adjoining laundries, these women were subject to penance, harsh discipline, enforced silence, and prayer. As the numbers of prostitutes began to dwindle, the church looked elsewhere for this free labor, targeting other 'fallen' women such as unwed mothers and wayward or abused girls. Some were incarcerated simply for being 'too beautiful', and therefore in danger of sin. Others were mentally retarded. Most of them were brought to the asylums by their families or priests, and many were forcibly prevented from leaving. Unbelievably, the last of these asylums was closed only in 1996. Drawing on hitherto unpublished material, Finnegan presents case histories of individual women and their experiences in Magdalen homes, which claimed some 30,000 women in all. Do Penance or Perish is the first study of this shameful episode in Irish history.

Next post: Salvation-What does it mean to be Born Again? ~Video