The Pope's Push for a One-World Religion by Mike Gendron

One of the greatest dangers to Christianity today is the deliberate suppression of biblical truth for the sake of unity. The danger intensifies as we see many highly visible and influential Christians are jumping on the Vatican’s ecumenical bandwagon. Instead of warning believers that this false unity is the emergence of the "last days" apostate church, evangelicals are embracing and applauding those who are engineering it. Instead of obeying biblical exhortations and examples to:

The Church Must Be Warned

Amazingly, we seldom hear warnings against apostasy from our pulpits. Rarely are false teachers, who seductively lead people away from the true faith, exposed. These apostates are appearing as ministers of righteousness and are facing very little opposition. They successfully deceive the undiscerning because pastors and church leaders are not speaking out against them. Very few Christians are warning the church of these ferocious wolves dressed in sheep’s clothing. The twenty-first century church needs strong leaders like the apostle Paul. He warned the early church, "even from your own number men will arise and distort the truth in order to draw away disciples after them. So be on your guard! Remember that for three years I never stopped warning each of you night and day with tears" (Acts 20:30-31). Throughout the Scriptures we are exhorted to test every spirit, every teacher and every doctrine because men are so easily deceived.

It is indeed disturbing to see so many evangelicals unaware of the Vatican’s strategy for bringing the world under the dominion of the papacy. The Vatican has made a concerted effort since 1965 to bring their "separated brothers’ back home to "holy mother the church." In his 1995 encyclical Et Unum Sint, Pope John Paul II said he intends "to promote every suitable initiative...to increase the unity of all Christians until they reach full communion" and "to encourage the efforts of all who work for the cause of unity." The pope’s stated desire is "to gather all people and all things into Christ, so as to be for all—an inseparable sacrament of unity... expressed in the common celebration of the Eucharist." During a week of prayer for Christian unity Pope John Paul II said, "I gladly take this opportunity to call the attention of all believers to the ecumenical commitment that marked VC II. The council rightly defined the division among Christians as a scandal. The council Fathers felt the need to beg pardon of God and of their brethren for the sins committed against unity." He asked Catholics "to cultivate an authentic spiritual ecumenism" through the Virgin Mary [not through the Lord Jesus]. The success of the pope’s push for unity can be seen by the announcement made last year by the Archbishop of Canterbury. He urged all Christians to recognize the Pope as the supreme authority of a new global church (6/99 CRN News). In a document called The Gift of Authority, he describes the Pope as a "gift to be received by all the churches." It would do us all well to heed the words of C.H. Spurgeon, "Ignorance has been one of the grand agents of Popery ever since her establishment; by it, the eyes of men have been so blinded that they can scarcely discern between good and evil, and follow implicitly any guide even until they fall into the ditch of perdition."

Rome has not changed its position on things that really matter! Instead they take advantage of professing Christians who lack discernment or who are unwilling to contend for "the faith." 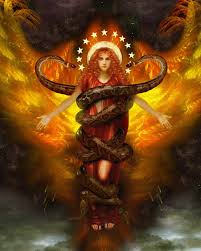 Next post: Multiculturalism and the Ruling Elite by Daniel Brandt & Louis Beam