The Resurrection of Damnation

"Then the King will say to those on his right: Come, you who are blessed by my Father; take your inheritance, the kingdom prepared for you since the creation of the world!" (Matthew 25:34) See a glorious multitude, which none can number, openly acquitted, pronounced 'blessed', and welcomed into the Kingdom prepared for them from the foundation of the world! Now they enter upon a state that deserves the name of LIFE. They are all vital, all active, all glorious, all happy. They shine brighter than the stars in the skies, like the sun forever and ever! All their faculties overflow with happiness. They mingle with the glorious company of angels. They behold that unseen Savior Whom they loved. They dwell in eternal intimacy with the infinite Father. They are employed with ever new and growing delight, in the exalted services of the heavenly sanctuary. They shall never more fear, nor feel the least touch of sorrow, pain, or any kind of misery—but shall be as happy as their glorified natures can admit, through an immortal duration. What a glorious new creation is here! What indescribable creatures, who were originally formed from the dust!

Shall any of US join in this happy company? Oh, shall any of us feeble, dying, sinful creatures share in their glory and happiness? This is a most important inquiry!

The prospect would be delightful, if charity could hope that this will be the happy end of all people.

But, alas! Multitudes shall come forth from their graves, not to the resurrection of life—but to the resurrection of damnation! What terror is in these words! If audacious sinners in our world make light of it—their comrades already in the infernal fires, who feel its tremendous import are not so hardy—but tremble, groan, and can trifle with it no more!

Let us realize the miserable doom of this class of mankind!

"Do not be amazed at this, because a time is coming when all who are in the graves will hear His voice and come out!" See them bursting into life from their subterranean dungeons! Horror throbs through every vein—and glares wildly and furiously in their eyes. Every joint trembles and every countenance looks downcast and gloomy! Now they see that tremendous Day of which they were warned in vain—and shudder at those terrors of which they once made light. They now experientially know the grand business of the Day and the dreadful purpose for which they are roused from their slumbers in the grave: to be tried, to be convicted, to be condemned, and to be dragged away to execution!

"He has appointed a day, in the which He will judge the world in righteousness." Acts 17:31 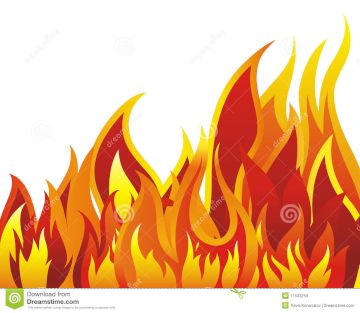 Next post: But it leads to the bottomless pit! Sermon/Audio by A. W. Pink