The Roots of Christian Zionism: How Scofield Sowed Seeds of Apostasy -video

Ever wonder why so many Christians support America’s many wars, especially in the Middle East? A new Christianity has emerged from the Twentieth Century called Christian Zionism or what could be called, "Angry Evangelicalism," or "Dispensationalism on Steroids."

What motivates a nationally known, evangelical preacher like John Hagee to call for a preemptive strike against Iran when it is contrary to what Jesus taught and commanded his followers to do? This “Roots of Zionism” presentation may be the first of its kind with a factual explanation of how Christianity’s latest apostate epidemic was launched with the publishing of C. I. Scofield's reference Bible in 1909, and the influence of the notes in it.

While purposefully reaching and helping many under Christian Zionist influence by featuring its identification and cure, this 2nd edition offers hope to all people, regardless of faith, who may also wish to leave it’s grasp. Film clips include action inside Gaza Strip and a moving interview with Shareen, a young Palestinian woman living in Gaza. Check out our website: whtt.org for the latest news on Christian Zionism and the "Angry" evangelicals. Or listen to our free podcasts at whtt.podbean.com 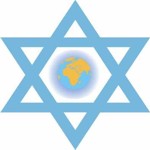