The Strong Delusion Of Christian Zionism

I remember viewing a convention some years ago which was televised for Christians United For Israel (CUFI). The CUFI is an organization which was founded by Pastor and author John Hagee which encourages Christians to stand with the modern state of Israel. The person speaking was a Jewish man by the name of David Brog (Executive Director of CUFI). I listened as he sang the praises of former US President Harry Truman, because President Truman recognized Israel as a state. President Truman was the president that authorized the use of atomic bombs over in Hiroshima and Nagasaki. Mr Brog then sang similar praises about John Hagee, who received a standing ovation as he was introduced.

I listened as Mr Brog spoke in a room filled with people claiming to be Christians. He told them that their Christian theology demands that they stand with Israel. I knew where he was coming from and I am fully aware of what is being taught in many evangelical churches today. I used to believe certain dispensational teachings, such as the land belonging to Israel, because that’s what was being taught in most churches. However my further study of the scriptures revealed otherwise. I never believed for a moment that a person Jewish or Gentile could be saved apart from faith in Jesus Christ. I had no idea that many of the Bible teachers taught that the Jewish people were still God’s chosen people and that they are still in covenant with him, even though they do not believe that Jesus is the Christ (Messiah).

In recent years , I have been hearing Bible teachers talk about the church of Jesus Christ as being a mere parenthesis in God’s plan and that the Jewish people are under a different covenant. I came across an article by the Christian Research Institute regarding Pastor John Hagee, which was Statement DH005. Here are a few excerpts from that statement:

Do not think that I will accuse you to the Father: there is one that accuseth you, even Moses, in whom ye trust. For had ye believed Moses, ye would have believed me: for he wrote of me. But if ye believe not his writings, how shall ye believe my words? (John 5:45-47) 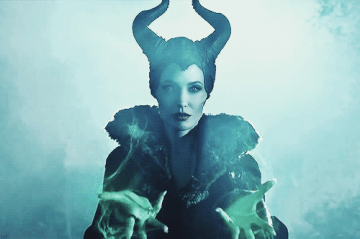 Here you can read and watch a video about the fooled so called Christians.