And it came to pass, when men began to multiply on the face of the earth, and daughters were born unto them, That the sons of God saw the daughters of men that they were fair; and they took them wives of all which they chose. - Gen. 6:1

Scientists & Aliens In Secret Labs Create Hybrids & New Species By Mixing Alien/Human/Animal DNA! All of these new animal species appearing all the time, all the weird humanoid sightings were seeing are all part of the new nephilim that has brought us full circle to the new days of Noah! Aliens (demons) and humans working together perverting God's Perfect Creation. You may of course believe whatever you wish, but I deal in the truth and the facts of this wicked, diseased planet. You will find out when your left behind and have to deal with all of these creatures 24/7! Maybe then you will finally WAKE UP and find Jesus as your Savior. If not then you will have ALL of eternity to REGRET your silly decision, with NO WAY OUT then! DECIDE TODAY AND MAKE THE RIGHT DECISION BECAUSE IT WILL BE FOREVER!!! source

(Socalled "aliens" are Fallen Angels who gave birth to Nephilims-Giants and those became Demons after the Flood. Genesis 6:1-4)
____

This blog owner is NOT a "pretrib believer" like the man on the videos above. That view is against the Bible!  Watch these videos:

The Rapture - Christology 9 by Rob Cartledge Part 1 of 5

Warning!!! Left Behind, The Remaining, The Leftovers, Noah, The Exodus Deception

2 Thess. 2:3-4 Let no man deceive you by any means: for that day shall not come, except there come a falling away first, and that man of sin be revealed, the son of perdition; 4 Who opposeth and exalteth himself above all that is called God, or that is worshipped; so that he as God sitteth in the temple of God, shewing himself that he is God.

1 Thess 4:17 Then we which are alive and remain shall be caught up together with them in the clouds, to meet the Lord in the air: and so shall we ever be with the Lord.

1 Cor. 15:51-52 Behold, I shew you a mystery; We shall not all sleep, but we shall all be changed, 52 In a moment, in the twinkling of an eye, at the last trump: for the trumpet shall sound, and the dead shall be raised incorruptible, and we shall be changed. 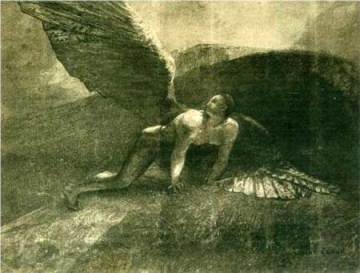 (Some interesting info re aliens and hybrids, etc.)

Genesis chapter three says that the human and serpent races would be at war (enmity) with each other. The curse to go on its belly may not be fulfilled completely until the time of the millenium, since many aliens are described as bi-pedal reptiloids. These reptiloids are INCARNETED by fallen angels... in other words they are DEMONS in the FLESH! To learn more, enter the NEXUS ... http://www.angelfire.com/space/branton/signature.html