WHEN WILL THE ANTICHRIST SHOW UP? ~ Videos

Who knows how long they have waited to install their Worldleader on the scene?

Probably since the beginning of the World.

Nimrod was the first.... 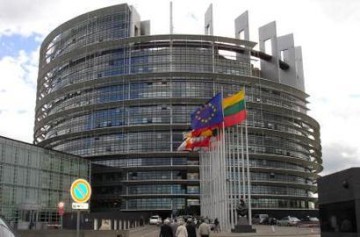 HAVE YOU EVER WONDERED WHY THE PRESS AND ALL MEDIA DO NOT MENTION THE WORD NWO??!!

IT IS NOT DIFFICULT TO UNDERSTAND...

When man began to multiply on the face of the land and daughters were born to them, the sons of God saw that the daughters of man were attractive. And they took as their wives any they chose. Then the Lord said, “My Spirit shall not abide in man forever, for he is flesh: his days shall be 120 years.” The Nephilim were on the earth in those days, and also afterward, when the sons of God came in to the daughters of man and they bore children to them. These were the mighty men who were of old, the men of renown. The Lord saw that the wickedness of man was great in the earth, and that every intention of the thoughts of his heart was only evil continually....

Now the whole earth had one language and the same words. And as people migrated from the east, they found a plain in the land of Shinar and settled there. And they said to one another, “Come, let us make bricks, and burn them thoroughly.” And they had brick for stone, and bitumen for mortar. Then they said, “Come, let us build ourselves a city and a tower with its top in the heavens, and let us make a name for ourselves, lest we be dispersed over the face of the whole earth.” And the Lord came down to see the city and the tower, which the children of man had built. ...

This blogowner does not believe everything said in the videos!

Läs: Top Illuminati Grand Wizard: “We Control Islam and We'll Use It to Destroy the West.” (WW3)

"Islam is a tool to destroy Christianity".