“Meditation,” when we hear this word today we often think of some Eastern guru sitting in a lotus position contemplating his or her navel. Or perhaps we may conjure up an image of a monk sitting in his cell in a lonely monastery in some forsaken desert.

Our nation has already experienced the full brunt of eastern meditative techniques taught by a variety of eastern guru, including the likes of Bagwan Shree Ragnesh, Muktanada Paramahansa, Maharishi Ji, Maharishi Mahesh Yogi with his T.M., to the most recent flake called the “Hugging Saint.” After reaping millions of U.S. dollars from their demented disciples the gift they left behind are hordes of people who have drifted further into the darkness of what we call the “New Age Movement.”

On every major college campus in America you will find Hindu Ashrams and New Age Centers. Bookstores are filled to the brim with books on Eastern Mysticism and New Age Practices, which the section regarding biblical truth could be put in a few rather small boxes.

Eastern Hinduism and the New Age are really both the same, there is really nothing “new” about the New Age, it is just ancient Hinduism packaged in a format that is acceptable to Western people. The goal of meditation in both groups is the same — for the individual to realize that they are in fact God.

Hundreds of thousands of people are exposed to what seems to be harmless spiritual practices on Oprah Winfrey’s television program on a regular basis through her two favorite spiritual “advisors” Depak Chopra, a Hindu & Mary Anne Williamson of the Unity cult…both best-selling authors, due in part to Oprah’s support. Both these individuals support the same goal — to lead people to believe they are in fact God. This is nothing new, this was the lie that Satan presented to Adam and Eve in the garden “You shall be like God” (Genesis 3:5).

In both Hinduism & The New Age Movement the practice of YOGA in its many styles is tied together with meditation in order to achieve “God-consciousness” or oneness with the “Universal Mind.”

Yoga has been widely accepted in the U.S. and is usually offered at Y.M.C.A.’s across this nation. Some Christians might argue — “Well brothers wouldn’t you agree that Christians can practice yoga for exercise without accepting its philosophy?”

My answer is simple: No. Biblical Christians cannot practice yoga. Not only is it unbiblical, it is ungodly in its origins. 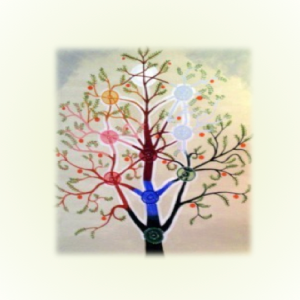