What is deliverance ministry, and is it biblical? 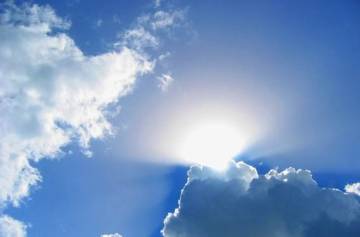 While I do not doubt that casting out demons is a mandate given to believers to execute, I do not believe that the deliverance ministry propagated by a section of charismatics is biblical. Nowhere in Scripture have we been commanded to carry out deliverance services and ministries among believers. Jesus cast out demons when he came across such need in his missionary work but those who have been liberated by Christ do not require such services. A true believer can never be demon possessed or hit by charms or spells from Satan and his agents because the blood of Jesus repels all demonic arsenal from our lives (Ephesians 6:10-16)

What we see today in the name of deliverance ministry is a growing theology that falsely holds that every believer must be delivered from this or that power, chief among which are the so called generational curses, invocations through ancestral spirits and other demonic powers as claimed by the advocates of these theology. The teachings have become popular in a number of African countries where the teachers mix African traditional beliefs with biblical teachings, resulting in a concoction of doctrines that are extra biblical.

Some teachers of the deliverance theology teach doctrines that appear to belittle and countermand the finished works of Christ at Calvary and elevate the so called power and anointing of their preachers above God's grace and even to cultic levels. This is a dangerous set of teachings that border on divination and sorcery.

They insist that believers must undergo deliverance sessions in their lives in order to deal with what they call foundational curses so as to free them completely. They misinterpret genuine life conditions in terms of satanic influences even where there is apparently none. They also argue that poverty is the result of satanic control yet nowhere is it taught in Scripture. Christians will not necessary access all the material things this world has to offer and poverty is not necessary a sign of demonic or spiritual bondage or curse.

Jesus declared in John 8:36 that he whom the Son shall make free is free indeed. What greater works will the so called deliverance ministers accomplish if Jesus did not finish it all at Calvary? Are they greater than Christ?

I do not believe that any true believer needs any further deliverance than that which Christ has purchased through his blood. We should walk in obedience to His Word and obey His Spirit in order to experience true victory over all powers of darkness.

The Bible declares in 1 John 4:4 that greater is He that is in us than he that is in the world.

We have the greatest force behind us whose power cannot be challenged even by the most powerful nuclear arsenal in the world. This is King Jesus who reigns in us and with us in the Heavenly realms and in whom we have access to God's divine heritage as His adopted sons and to whom we forever belong (Romans 8)

I believe every believer whose life has been totally yielded to Christ does not need any ritual to demonstrate his total freedom other than the public evidence of his faith through obedient living and total dependence on Christ's leadership and the control of the Holy Spirit.

Any theology that denies this liberty in Christ is counterfeit and should be rejected by all Bible believing Christians whose lives have been transformed by Jesus. We do not need any further works of salvation or deliverance and neither will any such works count compared to what Jesus has already accomplished in our lives.

The deliverance ministry should be restricted to outreach works of the church among the lost and those dwelling in the kingdom of darkness and should never be a tool to be used in the church to confuse believers whose lives have been firmly anchored in Christ.

Previous post: Gullible Christians give their pledge for Israel,The Criminal Religion of Hagee