Who was behind the "Danish" cartoons?

The mainstream media coverage of the anti-Islamic cartoons ignores the fact that the publication of the images was a "calculated offense" commissioned by a Jewish "Danish" colleague of the Jewish neocon ideologue Daniel Pipes and was meant to incite violence and promote the Jewish "clash of civilizations" between Muslims and Christians.

After Danish embassies in three Muslim nations were attacked and set alight by angry Muslims protesting the anti-Islamic cartoons published in a Danish newspaper, the mainstream Jewish media turned its attention (from the 58-year Jewish occupation of Palestine and the Zionist occupation of Iraq) to the "controversial" images and the violent reactions they provoked.

Invariably, however, the Jewish-controlled press overlooked the important fact that the offensive images were commissioned and published by a Jewish "Danish" colleague of the Jewish neoconservative extremist Daniel Pipes.

The anti-Muslim cartoon scandal has turned out to be a major step forward for the Zionist neocons and their long-planned for Israel "clash of civilizations", the artificially constructed conflict designed to pit the so-called Christian West against the Islamic world.

"The rioting that has erupted across the Middle East… is a predictable if overwrought reaction to what now seems like a calculated offense against Islam," the Miami Herald wrote in its lead editorial on Feb. 7, 2006. "It is not necessary to reprint the offending cartoons for U.S. readers to understand the issue," the Knight-Ridder paper said. "A religious taboo was violated, and those involved knew full well what they were doing. The incident fell all too neatly into the hands of those who would exacerbate tensions between Europe and the Muslim world."

The Zionist Flemming Rose, the cultural editor of Jyllands-Posten (JP), is the person who commissioned and published the offensive cartoons knowing that the images would exacerbate tensions between Europe and the Islamic nations.

Rose is a colleague of the Jewish neocon Pipes who visited the Philadelphia office of Pipes' Zionist web site, called Middle East Forum, in 2004. 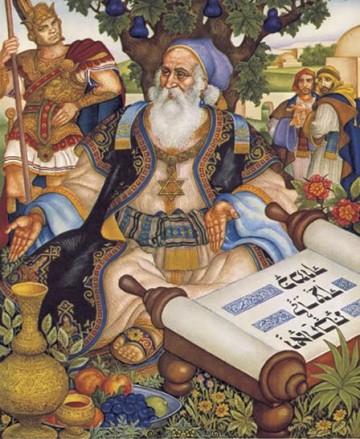 Matthew 24:27 For as the lightning cometh out of the east, and shineth even unto the west; so shall also the coming of the Son of man be.